It is no longer news that Nigeria, the giant of Africa has in recent times been faced with challenges of insecurity, farmers and herders crisis, insurgency, Corruption, Political violence, and other vices that has painted the Country black and as well, reduced the economy of the Country. 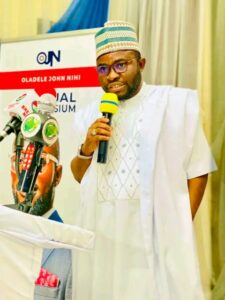 As part of efforts towards changing the narratives for good, the Nigerian youths have been called upon to take conscious steps towards ensuring a better Country. 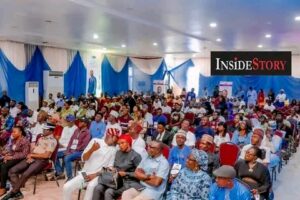 This was the calls of various speakers at the 3rd Annual Oladele John Niyi (OJN) Symposium at the Idrinana Hotel, where youths gathered in their numbers to listen to quality presentations in Lokoja, Kogi State Capital.

A Keynote Speaker at the Symposium, Professor Rotimi Ajayi, raised an eye-brow on the unpreparedness of the some youths towards taking leadership position.

The Professor of Political Science at the Federal University Lokoja, highlighted commitment, right attitude, vision, obedience to the rule of law, among others as prerequisites to watch out for in youths who are ready to change the Country’s narratives for good.

The Olujumu of Ijumu, HRH Oba Williams Olusegun Ayeni, while addressing the youths expressed happiness over their show of courage towards according attention to such symposium geared towards channeling a good for the progress of the Country.

HRH Oba Ayeni who served as Royal Father at the event, explained that Nigeria is blessed with innovative youths, calling on them to channel their strength towards profitable ventures.

While praising OJN for his impactful life so far as a Nigerian youth, the Olujumu of Ijumu also enjoined them to always emulate the good deeds of others in order to ensure a better society for all.

Speaking, the Secretary to Kogi State Government, Dr. Folashade Ayoade, commended the parents of Ambassador Oladele John Niyi for raising a son who is impacting the lives of others positively.

Dr. Folashade pointed out that living a life of impact was important in today’s world, stressing that such will go a long way at writing ones’ name in gold in the heart others.

The SSG admonished youths at the event to sustain their drive at ensuring better future for themselves and called on them to desist from the “Get Rich Quick Syndrome” for a healthy society.

Others in their remarks opined that the citizens of the Nigeria are yearning for a Nation where the sons of nobody can become notable personalities without godfather, a Nation where the citizens can sleep with their two eyes closed without fear, a Country where insecurity, unemployment, corruption, among others will become things of the past.