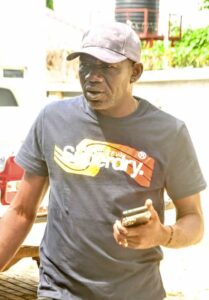 Engr. Bashir Gegu made the assertion while fieding questions from newsmen in Lokoja on Tuesday noted that the best election ever conducted in the country was the 1993 Presidential election when Chief MKO Abiola ran with Ambassador Babagana Kingibe, both Muslims.

” This development is only history repeating itself as there have been similar scenarios in 1993 when Chief MKO Abiola ran on a joint ticket with fellow Muslim, Babagana Kingibe.” Bello maintained.

The APC Chieftain explained that there is nothing special about the present situation, rather, it is an indication that Nigerians have learnt to tolerate one another as democracy is evolving and is fast rising above religious and ethnic considerations.

He advised Nigerians not to focus on religion or ethnic backgrounds of the Candidates, but their performances when they served as Governors of Lagos and Borno States respectively with their undisputable achievements, urging Nigerians to give them the chance to repeat such feat at the national level.

Engr. Bashir Gegu maintained that Tinubu and Shettima are great achievers who have not been faulted by the electorates, assuring that as experienced politicians who have both touched lives in various ways when they were governors of their respective States, will not disappoint Nigerians.

He equally asked the citizens who are above 18-years and are yet to obtain their permanent voter cards to approach the Independent National Electoral Commission INEC , saying the PVC is a portend tool to elect credible Leaders , Personal identification as well as business transactions.