…Dr. Bolufemi Rotimi Is One Of The Erudite Son Of Kogi West We Can Trust. 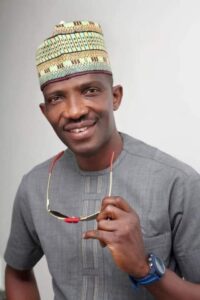 Kogi State was created for the main purpose of development for her indigenes on the platform of unity and peaceful co-existence within the people of Kogi state and to maintain that standard justice and fairness should be served within the three senatorial district.

I know political zoning is unconstitutional but I see no reasons why power should remain in Kogi central comes 2023 if truly all these years we (KC) were complaining of marginalization over the years Kogi East has rule the state affairs was nothing but for a fight against marginalization, Kogi West should be giving a chance to see their capacity.

Since RT Hon. Clarence Olafemi the former speaker Kogi State Assembly assumed office as Acting Governor of Kogi State in February 6 2008 to March 29 2008, after the removal of the governor, HE Alhaji Ibrahim Idris the third civilian governor of Kogi state and his deputy, Philip Salawu by Supreme Court, Kogi west senatorial district have not by any chance see the light of the office of Lugard House.

In a society where justice and fairness is a doctrine, every Kogites will key behind Kogi West in the forthcoming election to balance the equation of marginalization as the incubent is from Kogi central senatorial district and he is on his second term, any mindset that think of retaining the power in Kogi central senatorial district do not mean well for Kogi state and it is unjust, inequitable and it is gratuitous oppression for the people of Kogi west.

While I am advocating for power to be shift to Kogi west senatorial district, I am here to point out to the people of Kogi State that Dr. Bolufemi Rotimi is one of the erudite son of Kogi west who has wisdom to manage things pragmatically in a way that is based on practical rather than theoretical considerations and he is blessed with the qualities of leadership that can rescue Kogi state from political backwardness and he can savage the affairs of the state from political dersert into the green land where hope can be restored.

Kogi state as a state blessed with abundance natural resources need a leader with a positive mindset to bring development and it is obvious that with Dr. Bolufemi Rotimi track records he can bring to reality.
Dr. Bolufemi Rotimi is a man that if given the chance to serve the people of Kogi state, he will bring the divedend of democracy which will bring unity and peaceful co-existence between the people of Kogi state .

Project Dr. Bolufemi Rotimi is a project of rescue mission and it is here to stay.