The Peoples Democratic Party Flagbearer for Idah Federal Constituency, Hon. Uchola Omale Ojogbane has promised to make legislation that would improve on agriculture, education and health needs of the people if elected. 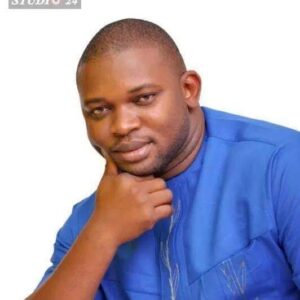 Hon. Uchola made the promise in a message to members of the PDP stakeholder meeting held in Igala mela Odolu LGA, described the PDP as a Party that has the interest of the people at heart.

The PDP House of Representatives hopeful said he has a blueprint and vision as encapsulated in the party‘s Manifesto that would cater for the people’s wellbeing.

While pointing out that individually, he has assisted farmers, paid medical bills and school fees for indigents, said the National Assembly would provide him a platform for effective representation.

The House of Representatives hopeful described the 2023 general election for the people of the federal Constituency, made up of Ibaji, Ofu, Idah and Igala mela Odolu LGAs as a defining moments to take there destinies in there hands, urged them to look in his direction for purposeful representation.

Hon. Uchola Omale Ojogbane says he represent a break from poor performance to people orientated legislation, appealed for support to enable him meet with the yearnings and aspirations of the people of the federal Constituency.