A Socio Cultural Group, the Benin Solidarity Movement, ( BSM), has called for the resignation of the National Chairman, Barr. Julius Abure and Edo State chairman, Comrade Lucky Ogbaloi of Labour Party (LP), over abuse of office by imposition Hon. Elizabeth Ativie against wish of the good people of Orhionmwon/Uhunmwonde federal constituency in the forthcoming 2023 National Assembly election. 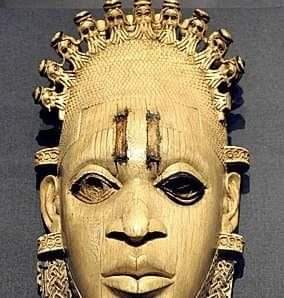 It would be recalled that Hon. Murphy Imasuen was duly given the ticket to run for Orihionmwon/Uhunmwode federal constituency during the substitution primaries, held in Abudu on the 13th, of July 2022.

The group in a press statement signed by the President-General, Ambassador Curtis Eghosa Ugbo and Secretary, Esohe Adun condemned the decision of the National President and the Edo State Chairman of Labour Party (LP), in trying to rob Hon. Murphy Imasuen the party candidate who emerged victorious during the substitution primaries held in Abuja on the 13th of July, 2022.

According to the group, we hereby make bold to say that, we do not recognize Hon. Ativie yet, as a member of the labour party Edo State chapter talk more of being the House of Representatives candidate for Orihionmwon/Uhunmwode federal constituency. This is laughable, and a mere propaganda.

“We will not allow or tolerate any attempt made by Hon. Elizabelth Ativie to repeat her fraudulent act in labour party, as seen in the press statement signed by the APC state publicity Secretary; Barr Peter Igbinigie, said, ‘in the primary for the Orihionmwon/Uhunmwode federal constituency, Hon Elizabelth Ativie participated, and came a distant third and last in the same election, ably won by Dr Billy Osawaru.
Part of the statement from the state secretariat of the APC reads, “Our party was thrown into political consternation and aghast, when it was discovered that sooner than the result of the APC primary was released. Hon. Ativie in connivance with her political co-travellers futilely attempted to change the submitted name of Billy Osawaru duly recognized by our party and INEC that monitored the primary with her name.
“An act that is not only an electoral fraud, which is an infraction on the party Constitution. The Electoral Act 2022, and the Constitution of the federal Republic of Nigeria 1999, as amended, but also a desperate and calculated attempt to bring our chapter of the party to disrepute.

The Benin Solidarity Movement, (BSM) said the group will resist any attempt to substitute Hon. Murphy Imasuen was duly given the ticket to run for Orihionmwon/Uhunmwode federal constituency during the substitution primaries, held in Abudu on the 13th, of July 2022 to that of Hon. Elizabeth Ativie who is not even a card carrying member of labour party, both in the state, local government and even at ward level.
“Any attempt to replace Hon. Imasuen’s name with that of Hon. Elizabeth Ativie will be vehemently resisted. You cannot rob Peter to pay Paul.

“Is this how Labour Party wants to change Nigeria? We need the party presidential candidate, Peter Obi to as a matter of urgency come in to the rescue of Labour Party at the federal level and Edo State. This is not the dream of Peter Obi who is well respected by all Nigerians. Enough is enough. The National Chairman, Barr. Julius Abure and Edo State chairman, Comrade Lucky Ogbaloi of Labour Party (LP), must resign now to give way to credible personality who can pilot the affairs of the party both at the national and state level.
“It is therefore unacceptable for a well-organized labour party primary in Edo State monitored by INEC and Hon. Murphy Imasuen emerged Orhionmwon/Uhunmwonde federal constituency candidate to be given to highest bidder. It is not done, we will resist this abnormally. We will take the national chairman and state chairman of the party to court if they refuse to do the needful by obeying the decision of the good people of Orhionmwon/Uhunmwonde local government areas of Edo State,” the group said.

The group urged Hon. Elizabelth Ativie to desist from the barbaric act, which the group described would destroy the labour party in Nigeria and Edo state in particular. The group warned the former speaker of the Edo state House of Assembly to stop parading herself as the candidate of labour party.