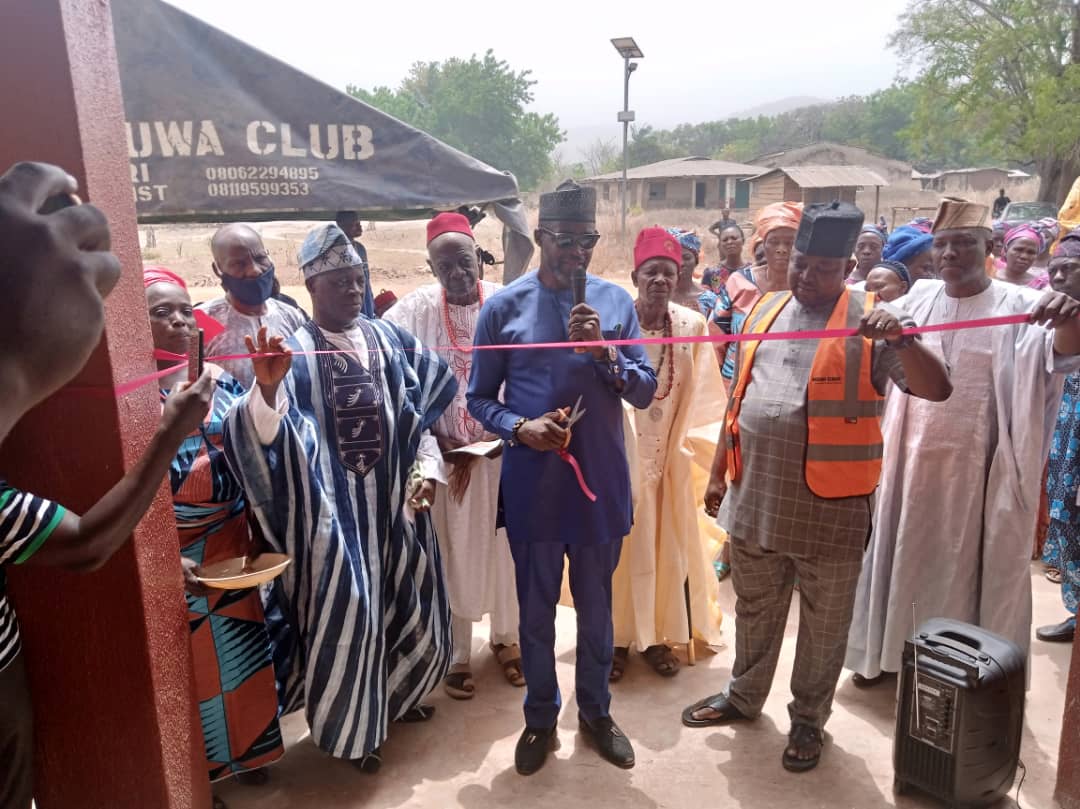 The Commissioner for Education , Science and Technology Hon. Wemi Jones has charged communities in Kogi State to develop high spirit toward communal efforts in order to provide for themselves certain amenities government can not provide due to paucity of funds.

Hon. Jones gave the charge on Saturday at Akutupa community in Kabba-Bunu local government during the commissioning of projects funded by Kogi State Community and Social Development Agency (KSCSDA) and the World bank.

He noted that no government can provide all the needs of his people , urging communities in the state to brace up and develop high spirit toward communal efforts in ensuring that what the government can not provide as a result of inadequate funds, the communities can make it available for themselves to complement government efforts.

“Every community must stand up and do one or two things for themselves. The community should hold themselves together and live in unity in order to enjoy government efforts” he said.

The Commissioner while reiterating the commitment of Governor Yahaya Bello‘s administration toward community and rural development, said a lot of communities have benefited from basic social amenities such as electricity, water, cottage hospitals among others and assured that more dividend of democracy await the rural dwellers.

In his remark, the General Manager of KSCSDA , Mallam Momoh Dauda, disclosed that Governor Yahaya Bello has mandated the agency to take development to the hinterland where there are dearth of basic social amenities and assured that they would not relent in their oars until that desire from the Governor is achieved for the communities in Kogi state.

He added that Akutupa community put a request to the agency and the community was able to benefits solar street light, town hall and water projects.

“Akutupa is a very lucky community. The community did not disappoint our agency so on that note the community is free to write to the agency to seek for more projects especially on the issue of cottage hospital for the community” he said.

Earlier , the immediate past president of Akutupa Welfare Association (AWA) Mr Moses Funsho Olugbemi who lamented that the community has suffered total neglect in the area of basic social amenities by the previous administrations in the state, appealed to the General Manager and the management of the agency to consider Akutupa community for more projects in 2021 budget.

“We commended the agency for the projects, but like Oliver Twist we appeal for your milk of kindness in the areas of provision of cottage hospital, skill acquisition centre, drilling of four additional bore-holes and construction of a befitting palace for the Olukiri of Kiri kingdom” he appealed.

He assured that the community will protect and safeguard the projects for optimum utilization .
End