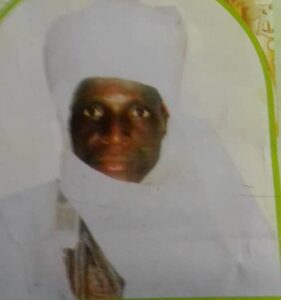 peace and harmonious living in the area.

The Aguma Bassa Kwara Chief Daniel Shado made the call while speaking with our Correspondent on the need for Parmanent peace and harmonious relationship of all the tribes residing in the Area.

Chief Shado said know society can thrive in crasis noting that peace is Sacrosanct to the development of Bassa Land.

According to the Royal Father Bassa people are known for their peaceful coexistence among other tribes and called on detractors of peace to desist not to face the ancestors of the land.

Aguma Shado Congratulated the Aguma Bassa Chairman Bassa Area traditional council Chief williams Keke for his release and called on the people of the land to rally round him to overcome the current challenges.

The Royal Father also thank the state government for their release noting that Chief williams Keke is a man of peace that means well for the people of the land.

He called on the state government to construct Oguma Sheria Bridge stressing that the access Bridge and road leads to the commercial hub of the local government Area.

He Congratulated Mr Rai Daniya for his release and called on political leaders in the area to work collectively for the development of the area.

On behalf of the Bassa people living in kwara state will continue to pray for the peace and harmonious relationship with the people and development of the local government Area.

Chief Shado thank security agents for their efforts at ensuring peace is restored
And Commended youths of the land for their gravity and called on them not to take laws into their hands.