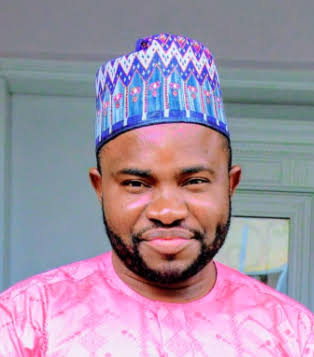 The Chief of Staff to Governor Yahaya Bello, Pharm. Abdulkareem Jamiu Asuku has declared that only Governor Bello’s Presidency in 2023 will tackle Nigeria‘s problems decisively.
Pharm. Asuku made this known while delivering his speech during the inauguration of the North East chapter of Rescue Nigeria Mission (RNM) in Gombe, Gombe State.
The Chief of staff stated that Nigeria today is facing the problems of insecurity, disunity, corruption among others maintaining that only a visionary leader like Governor Bello can tackle these problems headlong.
On security, Pharm. Asuku said President Muhamned Buhari has done his best noting however that what is required now is a leader like Governor Bello who will put the right security architecture in place and at the same time supervise their actions in the field.
Speaking further, Pharm. Asuku said the disunity in the country which has given rise to ethnic agitation will be a thing of the past with Governor Bello Presidency. He said it is only Governor Bello who has drawn appointees in his cabinet from other states in the country.
The Chief of staff said if elected as Nigeria President, Governor Bello is capable of uniting the various ethnic groups for the development of the country.
Pharm. Asuku also averred that Governor Bello is capable of tackling the endemic corruption in the country stressing that in the last six years in office Governor Bello has been adjudged by the World Bank as a transparent leader.
The Chief of staff thanked Nigeria youths and women who have continued to accord positive campaign for the 2023 Bello Presidency a priority. He assured Nigerians that Governor Bello is the only Presidential aspirant capable of transforming Nigeria… Continue reading