Says Atiku’s Competence, Capacity and mastery of Transformational leadership mustn’t be Sacrificed on the alter of zoning. 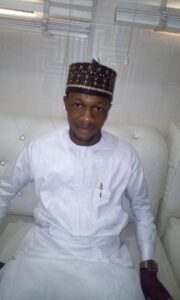 The National Chairman of the Atiku youth mobilization for “ONE NIGERIA“, Comrade Abdullahi Muhammed, has said that that the Atiku’s Presidency come 2023 if actualized, will prepare Nigerian youth for the take over of the nation’s leadership after 2023.

Comrade Abdullahi who disclosed this to Newsmen at a press conference recently in Abuja,further stressed that the clamour for the Nation’s leadership by the youth was a well come development and a step in the right direction, but he however, pointed out that, the state of the nation at the moment calls for an experienced and Competent politician who could hastily rescue the Nation and restore the hope of the masses.

He further buttressed that, Atiku Abubakar’s presidency come 2023, remains the hope for the Nation’s youth and the only presidential candidate that could honestly provide the enabling social-political environment for Nigeria‘s youth to take over the leadership of the country as Soon as possible.

” Atiku has already promised to give 40% of his administration’s appointments to the youth, because he believed that Nigeria‘s youth has potentials and actually wants to be part of the Nation’s governance process”.

He said the passage in to law of the not too young to rule bill by the all Progressives Congress (APC),led administration, was a step in the right direction, but however berated the ruling party for it inability to give substantive appointments to the youth, a development that has also shown the APC‘s  insensitivity to the plight of the Nation’s youth,he added.

Reacting to question from journalists on how to market the presidential candidate of the people’s Democratic Party (PDP) and a former Vice president  Alhaji Atiku Abubakar who is a Notherner, to a Southerner who believes that the 2023 presidency ought to go to the South after the expiration of President Mahammadu  Bahari’s tenure, Comrade Abdullahi Muhammed noted that, the current challenges bedeviling the Nation must be greeted with sincere concern and strong determination by the  incoming president who must possesed the requisite competence, capacity and Transformational leadership skills with the mastery of good governance to proffer solution within the shortest fraction of time, this he added, must not be Sacrificed on the alter of zoning, saying that  Atiku Abubakar the Turaki Adamawa, is the only candidate with the leadership Credentials that has the above characteristics  suitable for Nigeria at the moment, considering the current state of the Nation. he blamed the rising agitation for regional and ethnic presidency on the nepotistic nature of the all Progressives Congress APC led federal government under president Muhammadu Buhari who deliberately refused to take in to cognisance the pluralistic nature of the country,he  assures Nigerians of a total departure in 2023, if Atiku Abubakar clinch the presidency.

He called on well-meaning Nigerians to ignore and discountenance any agitation for regional presidency in the name of zoning, pointing out that, such calls is anthithetical to Democratic tenets and politics of progressivism, moreso that, there was   nothing like northern or southern presidency, it’s only Nigeria‘s presidency that exist, he said.

Comrade Abdullahi Muhammed further added that, the Atiku youth mobilization for “ONE NIGERIA” has all it takes to Campaign robustly for Atiku/Okowa presidency, stressing that the group has it state Coordinators in the 36 states including the federal capital territory (fct),Abuja,down to the local government and ward levels.

According to him as a  support group,their first task was to sensitise Nigerians on the need to get their permanent voter card (PVC) and also  preach the positive messages of Atiku/ Okowa presidency, which had already begun,he noted.