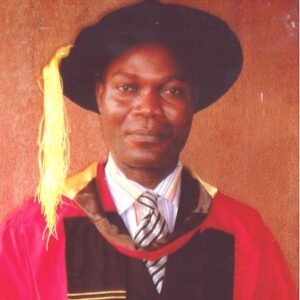 Mr. President, the issue at stake is, pay ASUU their arrears of salary, increase their pay, and furnish the universities for quality education, then the strike will be called off.

Remember, your days in office are numbered for enough is enough for the hell fire Nigerians have suffered since May 29, 2015.

Mr. President, the issue at stake is that you should ask God to teach you what to do because enough is enough for all your political appointees who are not telling you the truth but deceiving you by heroes worship, eye service, boot licking to remain in office so long as they are getting richer daily. Mr. President, your lieutenants will not tell you that you performed far below your expectations in power and far below your achievements in office as a military ruler in 1994. Mr. President your aids will not tell you that Nigerians are disappointed about their expectations in you and that you actually failed in your second coming as Nigeria’s ruler. Haba! enough is enough!
Mr. President, the issue at stake is the best thing for you to do now partly to restore your lost glory is to attend to the request of the Academic Staff Union of Universities [ASUU] so that Nigerians and indeed the whole world can applaud you for once because enough is enough for this let down on you.
Mr. President, the issue at stake is that crime is growing in Nigeria and our children who are idling at home consequent on ASUU Strike are increasing the percentage of staff strength of Banditry, Boko Haram, ISWAS, Kidnappings, Cultist, and eminent protest that could lead to breakdown of law and order and further discredit your regime. Haba! Enough is enough!
Mr. President, the issue at stake is that, enough is enough of the increasing percentage of mass majority of Nigerians who now live below poverty line compared with when you were a military ruler in 1984. Mr. President, enough is enough because life expectancy of Nigerians have fallen from 54years in 2002 to 49years in 2022.
Mr. President, enough is enough, it is high time you reversed Nigeria’s economy from underdeveloped to developed economy by paying serious attention to education sector assisted by ASUU. Mr. President, Nigerians are unable to meet their desire for basic necessities of life such as food, transport, education, healthcare, employment, electricity and are looking unto you as enough is enough.
The issue at stake from October 1, 1960, why Nigerians remain underdeveloped was the collaboration of exploiting class in the core allied with their counterpart in the periphery to exploit the lower class in the periphery. Thus, the comprador class existed in a subordinate or sub ordinary capacity to the exploiters in the metropolis. This informs why Nigerians still see their future abroad. This informs why even leaders take Nigeria’s money for keep for themselves and their family abroad. This informs why all privileged Nigerians including their president go abroad for medical attention rather than build and furnish with equipment their hospitals. This informs why most privileged Nigerians would send their children abroad to school rather than build good schools for their children and future generation.
The issue at stake, and which has not been resolved was what led Major Chukwuma Nzeogwu, a Lecturer in the Nigerian Defence Academy (NDA) led a group of young army officers to seize political power on 15th January, 1966. According to Major Nzeogwu:
“Our enemies are the political profiteers, the swindlers, the men in high and low places that seek bribe and demand ten percent, those that seek the country divided so that they can remain in office as Ministers or V.I.P’s, the tribalist or nepotist, those that make the county look big for nothing before international circles.
Those that have corrupted our society and put Nigeria’s Political calendar back by their words and deeds”