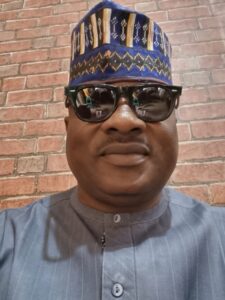 Hon. Tolu who was speaking against the fear that Mr Emmanuel Adukwu Bob, the APC Candidate for Ankpa State Constituency would be substituted, thanked Gov. Bello for giving him free nomination form.

While pointing out that the love of Gov. Bello for people with disabilities has remain unprecedented, lauded him for his support in establishing an agency for PWD.

Hon. Tolu begged Gov. Bello to caution those bent on frustrating his dreams for PWD to have a representative at the State Assembly, said the accolades and commendation the Governor has enjoyed following his Pronouncements and the automatic nomination form should not be allowed to be in vain.

Hon. Tolu commended Governor Yahaya Bello for all the good works he is doing for PWD, assured that if he sees the making of Mr Emmanuel Adukwu Bob, the APC Candidate for Ankpa State Constituency to fruition, he would write his name in the history books permanently when issues of PWD are discussed.