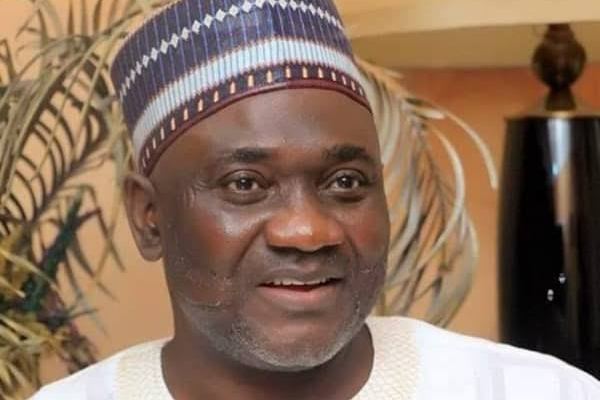 In a couple of days from now Nigerians would file out to elect new leaders and representatives. 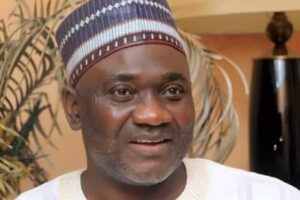 For the people of Kogi East Senatorial District, the 2023 general election offers the people another opportunity to consolidate on the gains of the last four years.

This is because without mincing words, the representation of Sen. Isah Jibrin’s score card of has remained rewarding with majority of constituents insisting that never have the people had it so good.
From 2019 to date, the Lawmaker has proven to be outspoken with people oriented motions passed to his credit.

Thus far, Sen. Jibrin has proven to be a winning team and like it is said in football parlance, you don’t change a winning team owing to his outstanding performances in the upper Chamber of the National Assembly.

A cursory look at some of his motion which include the urgent need for rehabilitation of Communities affected by rainstorm in Olamaboro Local Government Area of Kogi State. Through Provisions of relief materials, residential, educational, health and other facilities, the Lawmaker got the federal government attention with constituents heaving sigh of relief for the restoration to means of livilihood as well as getting succour from the concerned authorities.

Among his motions is the need for the expedition and completion of rail line from Ajaokuta in Kogi State to Otukpo in Benue State. The Lawmaker sees the corridor as one that would help Open up the opportunities for socioeconomic activities.

Similarly, his motion on the urgent need for completion and take-off of Aquaculture Project at Idah, Kogi State, the rehabilitation of Ajaokuta Itobe road, completion of Junior Girls Model Secondary School Odu-Okpiyegede in Dekina Local Government Area of Kogi State as well as the need for the construction of Anyigba, Dekina Shintaku roads would remain indelible on the minds of the people.

It is important to State that amongst lawmaker’s, though a first timer, Sen. Jibrin was quick to understand the nitty gritty of lawmaker, making him to break into the first eleven of the upper Chamber.

This pride of Kogi East, very humane and compassionate also moved motion for the urgent need for construction of sheriya bridge destroyed by flood, and provisions of relief materials for flood victims, in Bassa Local Government Area of Kogi State as well as motion for the provision of adequate security measures, to address the crisis in Bassa Local Government, and provisions of relief materials for displaced persons resulting from the crisis.

Having understood the nitty gritty of lawmaking, many are therefore of the opinion that his return to the Senate, which is already looking good will be an added plus, putting him at a vantage to be a ranking Senator, would no doubt bring out the best in this first class banker turned politician in attracting more benefits to Kogi East.

Some other motion Sen. Jibrin has moved include the need to relocate and provide relief materials for the victims of flood in seven (7) Local Government Areas of Kogi Eastern Senatorial District, of Kogi State.

The need for the Federal Government of Nigeria, to mitigate the pains of the victims of Petrol Tanker explosion at Olofu-Ochadamu in Ofu Local Government Area of Kogi State, has made him about the best the district have ever Presented to the National Assembly for lawmaking.

Similarly, other bills he has moved include a bill for an act to establish Federal University of Education Ankpa, in Ankpa Local Government Area of of Kogi State. A bill for an act to amend the Orthopaedic Hospital management Board Act to provide for the establishment of of Orthopaedic Hospital Dekina, to facilitate access to Orthopaedic Healthcare services, provides facilities for diagnosis, curative, promotive and rehabilitative services in Orthopaedic treatment, and complement the medical Services Offered by the Kogi State university Teaching Hospital, ( now Prince Abubakar Audu University Teaching Hospital) and for related matters.

Similarly, Sen. Jibrin sponsored a bill for an act to establish Federal Eyes Centre Ochadamu, to take over the Staff, assets and liabilities of the Holley Memorial Hospital Ochadamu, Kogi State. The bill is for the prevention and cure of eye defects and diseases, as well as to establish a board to govern the centre and an academic committee, to take charge of the centre’s academic affairs, and for related matters.

While it is becoming clearer by the day that Sen. Jibrin remains the choice of the people of Kogi East, his bill for an act to establish the Nigeria Capital Market Development Fund, that seeks to facilitate the development of an efficient, robust and vibrant market, by providing funding for market development project and initiatives; and for related matters remains a watershed.

Similarly, his Bill for an act to establish National Cashew Production Research Institute at Idah, Idah Local Government Area of Kogi State. In projects and interventions, per local government from 2019 to date the Lawmaker can boldly beat his chest to State that in ANKPA LOCAL GOVERNMENT AREA, he has Provision of Rural Electrification in Olufofo by
Providing a 500KVA transformer in Ejegbo, Ofugo, in Inye and Provided Motorized Borehole at Emere, Emekutu, at Mission Street, Enabo, Egbeneba. Still in Ankpa, Sen. Jibrin
Provided solar power Borehole at Angwa Ogwudoko, Motorized Borehole at Ojoku,
Provision of solar power borehole at College of Education, Ankpa (ongoing),
Supply of Tractors with farming Equipment to farmers in the local government.

Thus far from his achievements, bills and motion need for the people of Kogi East to maintain a winning team, with Sen. Isah Jibrin.