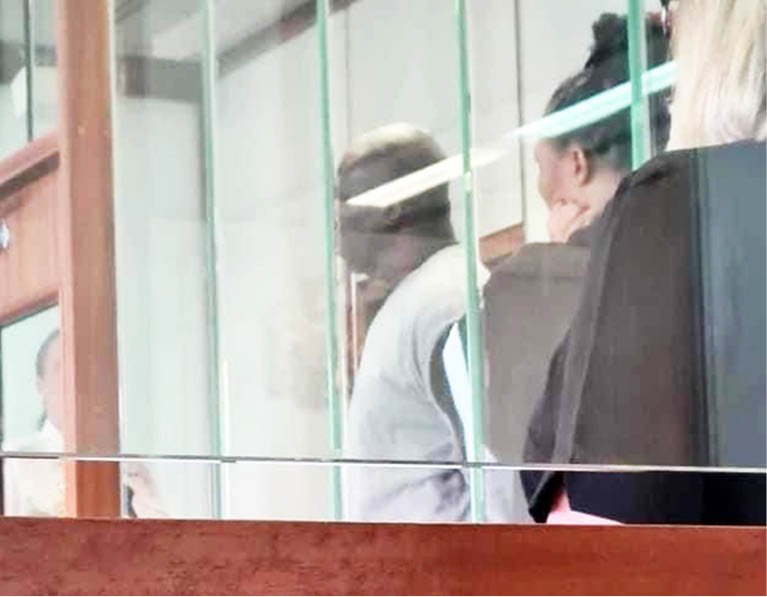 Ekweremadu and his wife, Beatrice, charged with alleged conspiracy to harvest the organs of a child in the United Kingdom…

Former Deputy Senate President, Ike Ekweremadu and his wife, Beatrice, charged with alleged conspiracy to harvest the organs of a child in the United Kingdom, face life imprisonment if found guilty and convicted to maximum sentence under the UK’s Modern Slavery Act 2015 (MSA 2015).

The couple, who were arrested following an investigation by the London Metropolitan Police’s Specialist Crime team, were arraigned before Uxbridge Magistrates’ Court.

The court denied them bail, but ordered that they be remanded till July 7.

The police had said the investigation was launched after detectives were alerted to potential offences under modern slavery legislation in May 2022.

“[A] Beatrice Nwanneka Ekweremadu, 55 (10.9.66) of Nigeria is charged with conspiracy to arrange/facilitate travel of another person with a view to exploitation, namely organ harvesting.

“[B] Ike Ekweremadu, 60 (12.05.62) of Nigeria is charged with conspiracy to arrange/facilitate travel of another person with a view to exploitation, namely organ harvesting,” the police said in a statement.

The police added that the child had been safeguarded.

Meanwhile, there was a letter in circulation purporting that Ekweremadu had, in December 2021, written a letter to the British High Commission about a kidney donation for his daughter.

He was said to have stated in the letter that he was writing in support of a visa applicant scheduled for “medical investigations for a kidney donation to his daughter.

Prosecutors said the couple were arrested at Heathrow Airport on their way to Istanbul, Turkey, ARISE TV reported.

The prosecutors at the court said the Ekweremadu and his wife were being charged for bringing a 15-year-old boy from Nigeria to the UK with the claim that he was to be given a better life, but they were actually meant to harvest his organ.

The prosecutors told the court that Ekweremadu procured a passport for the boy and claimed he was 21 years old, but discovered that he was 15.

The prosecutors were also said to have told the court that the couple had a daughter with a kidney-related disease and had been on dialysis for quite some time.

They told the court that it was believed that the plan was to use an organ from the boy on their daughter who appeared to need a kidney transplant.

According to the prosecutors, it is believed that the couple were on their way to procure another organ as they were unable to harvest the organ of the boy.

Ekweremadu and his wife had separate legal representations and prayed the court to release them on bail, but the prayer was dismissed by the Magistrate.

The United Kingdom’s Modern Slavery Act 2015 frowns at human trafficking under which organ harvesting falls and is punishable with maximum sentence of life imprisonment upon conviction.

The Act partly reads: “Under S. 2, an individual commits an offence if they arrange or facilitate the travel of another with a view to that person being exploited. It is irrelevant whether that person consents to the travel, or whether they are a child or an adult.

“Under S. 3 of MSA 2015, exploitation includes: slavery, servitude and forced or compulsory labour; sexual exploitation (which involves the commission of an offence under s 1(1)(a) of the Protection of Children’s Act 1978 (indecent photographs of children), or Pt 1 of SOA 2003 (eg, rape or sexual assault); removal of organs where a person is encouraged required or expected to do anything which involves the commission of an offence under ss 32 or 33 of the Human Tissue Act 2004 (prohibition of commercial dealings in organs and restrictions on use of live donors); securing services etc by force, threats or deception; securing services etc from children and vulnerable persons (eg, physically or mentally ill or disabled).”

It further stated that anyone found guilty of “human trafficking is liable on summary conviction to 12 months’ imprisonment and/or unlimited fine,” adding that “on conviction on indictment, the maximum sentence is life imprisonment.”

Ekweremadu and his wife have surrendered their passports to the British Government.

Ekweremadu’s spokesman, Uche Anichukwu, was not available for comment yesterday.

Ekweremadu, a politician and lawyer, who was recently made a visiting professor at the University of Lincoln, had served three terms as deputy president of the Senate between 2007 and 2019.

The BBC reports that the magistrates were told that Ekweremadu and his wife live in Nigeria, but have family in London.

The BBC quoted the spokesman of the University of Lincoln, to have said: “Visiting professors are often, as is in this case, non-resident at the university, unpaid and advisory.

“We are deeply concerned about the nature of these allegations but as this is an active police investigation, we cannot comment further at this stage.”