In continuation of her flagging off projects in rural communities in the state, the Kogi state Community and Social Development Agency, KCSDA has released over fifty seven million naira #57M for the sinking of boreholes; renovation of classrooms, building of Clinics , Library and remodeling of science laboratory blocks in four rural communities in the central Senatorial District of the state. 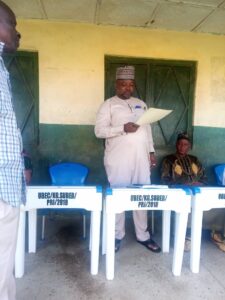 The General Manager of the Agency , Chief Dauda Momoh disclosed this yesterday , while handing over cheques to the benefitting Community projects Management Committee ,CPMC, in Adavi and Okehi LGA Areas of the state. 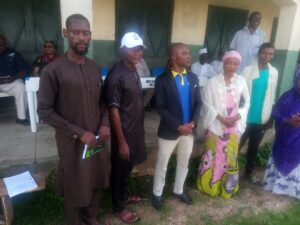 The General Manager, who is from the District was moved by the tears of joy expressed by the people, reminding that Governor Yahaya Bello was not unaware of their plights as he has initiated these projects ameliorate their sorrows. 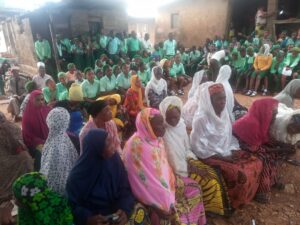 He added that after the due diligence on the needs of the people was done, the Agency identified, scarcity of pipe borne water, lack of health facilities and dilapidated school infrastructures as critical to the wellbeing of people. 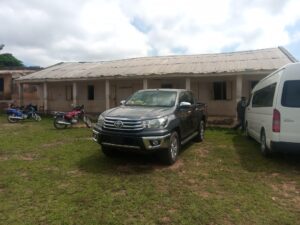 Hence, the agency swung into action in collaboration with the CPMC across the state to develope action plan, which , the Governor has graciously released the fund for the projects under Action Recovery and Economic Stimulus N- Cares programmes of the federal Government.

He called on the benefiting Communities to use the fund for the purpose for which it was released.

He warned the people against vandalism, stressing that, indulgence in unpatriotic activities would negate the effective implementation of Government programmes.

While assuring availability of the money for the projects , urged them to ensure that the jobs are completed within two months.

He added that when the science Laboratories are completed and put to use, it will galvanise the schools to produce needed professionals in Engineering, medical Doctors, Scientists, Architects etc for the state.

In a remark, the Ohi of Ebogogo , HRH Ibrahim John Isah , lamented that the only borehole serving the community was constructed under the administration of Late Adamu Attah of old Kwara state, which he said, has since parked off leaving the people to the mercy of water vendors and scooping from streams.
He said for a long time , the community has lost countless women during childbirth and children to childhood ailment for lack of health facilities in the area.
He commended Governor Yahaya Adoza Bello for coming to their aid with these legacy projects after successive governments in the state failed to associate with their plights.

Similarly, the principal of Community Model College , Daniel Peter , whose school will have their Science Laboratory remodeled and equipped, and a borehole, said the school is grateful to the agency for the intervention.
He assured that , hitherto with barehands, the school has been waxing strong in external examinations, saying with the completion of these laudable projects sky will be the starting point for the school.