G37 political Support group for Chibuike Rotimi Amaechi has appealed to President Muhammadu Buhari to disregard the malicious publication carried out by Sahara Reporters alleging that the ministerial nominee from Rivers state, Honourable Udum Udi is a member of a secret cult. 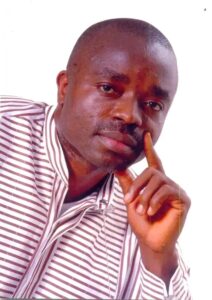 The National Coordinator of Group37, Comrade Evans City stated this yesterday in a press statement made available to journalists in Abuja that Honourable Udum Udi was never known to be a member of any cult group in Rivers State or any where in the world adding that it was a mere campaign of calumny orchestrated by opposition in the state in connivance with Sahara Reporters to dent the image of the ministerial nominee.

The group warned Sahara Reporters to desist from character assassinating of the ministerial nominee adding that he was known to be a refined personality in the state who always abhor evils.

Comrade Evans while congratulating the ministerial nominee from Rivers state , Honourable Udum Udi and his counter part from Akwa Ibom , Chief Umana Okon Umana  also commended President Muhammadu Buhari for appointing the two gentlemen who have been tested and trusted by the people of South -South states.

He said the appointments of this illustrious sons of the south- south into federal cabinet after the resignation of the former Presidential aspirant of All Progressive Congress, APC, Chibuike Rotimi Amaechi is a clear indication that the president meant for well for the former governor and the people of the Niger Delta.

He therefore  appealed to the ministerial nominees to emulate the good acts and positive attitudes of their leader, Chibuike Rotimi Amaechi by ensuring that the people of the south south are given the sense of belonging in the remaining days of the present administration.

The National Coordinator equally charged members of the group across the 37 states including FCT to be ready and resolute in their campaign for APC Presidency in 2023 General Elections.