DUMEBI Kachukwu, a politician, an entrepreneur, business man and a philanthropist.

Jun 23, 2022 a politician, an entrepreneur, business man and a philanthropist., DUMEBI Kachukwu

The Presidential flag bearer of African Democratic Congress {ADC] is a successful business man who has carved a unique niche for himself as a young man who has struggled so hard to succeed in the business world. 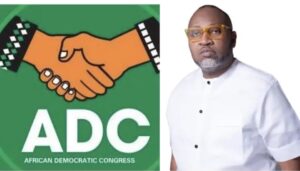 As a Presidential candidate of a strong political party in Nigeria, and a strong contender for the number one sit of the country, he can not be exempted from unnecessary criticism from traducers who sees his political strength, career and ambition as a threat. 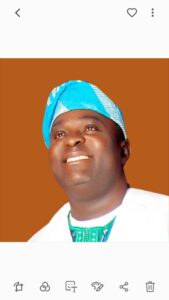 The campaign of calumny and character assassination against Dumebi kachukwu published by Sahara reporters over non payment of his federal income tax going up to $2.1 million dollars is a laughable allegation.

That the United states government has obtained a default judgment confiscating his asset at this time that he has successfully been elected in a free and fair presidential primary election of the African Democratic Congress (ADC) as the flag bearer of the party in the coming 2023 Presidential election of Federal Republic of Nigeria, can not be far from political opponents and enemies of Nigeria who see his wide acceptability, increasing political balloons across the country of Nigeria as a threat. This is the reason behind such publications.

Nigeria needs new crop of young leaders who are vibrant and who understand economic indices and economic growth of a country like Nigeria.

Dumebi Kachukwu is highly favored and tipped by young Nigerians to transform the Nigerian economy.

Tax evasion is everybody’s crime, you cant rule out tax evasions from every international successful business man. This is not the first time a Nigerian Presidential hopeful will be smeared by traducers using the American laws as excuses.

If such campaigns of calumny does not deterred the Presidential candidate of the People’s Democratic Party (PDP) in 2019 and 2023. And the candidate of the All Progressive Congress (APC) who was a suspect of drug and fraud related offences in Chicago in 1995. It can not deter the African Democratic Congress (ADC) Dumebi Kachukwu who was accused of Tax evasion, not drugs, frauds, trafficking, or money laundering crimes.

Nigeria needs a younger and vibrant leadership to make the country a successful nation. The world is going ICT and it is only the younger generations that are internationally exposed and experienced on Digital/ICT revolution.

Dumebi Kachukwu, CEO, ROOTs TV, has all the ideologies, youthful, strength, good health and vibrant ambition to drive the Nigerian political economy to the right path of success. Nigeria can not be exempted from countries governed by young leaders who are very successful in power. In New Zealand Jacinda Ardern was 37yrs old when she was sworn in as Prime Minister in October 2017. Ireland Leo Varadkar became Irelands youngest Prime Minister in 2017 aged 38yrs old. Emmanuel Macron France”s youngest President in May 2017 at the age of 39yrs old. Other notable young leaders includes Gabriel Boric who became President of Chile at 35 yrs. Former American President Barack Obama was in his forties when he became the 2 term President of the United States of America.

Barack Obama is seen and considered today as one of the most successful American President. Justin Trudeau of Canada was 40 yrs and he’s doing well.
Dumebi Kachukwu is in his early fifties, a successful young business man and media mogul has all what Nigerians are looking for as we to the polls in February 2023 to elect the next President of the Federal Republic of Nigeria.