We Need A Law To Stop Desperate Politicians From Holding On To Power,—— Chief Billy Osawaru,

A candidate of the All Progressives Congress, APC, in Orhionmwon/Uhumwonde Federal Constituency of Edo State, Chief Billy Osawaru, has called on the federal government to enact a law that will deal with desperate politicians using all means to remain in power. 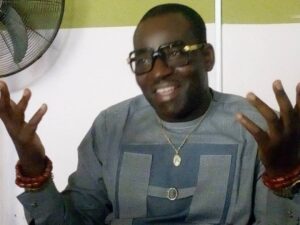 Osawaru, (the Obazunhunwa of Benin Kingdom) , made the call on Monday while speaking with the Nigerian Post in Benin City .

He said, it is shocking to see a political opponent who lost in the Primaries going to Abuja to manipulate the out come of party primaries conducted in Benin City.

The Obazunhunwa of Benin kingdom, said, he won the party primaries conducted in his Constitutency, Orhionmwon/Uhumwonde federal Constitutency, in a free and fair election, but his opponent who lost went to Abuja trying to change the Will of the people.
” I never believed it can happen, until I got to Abuja and find out that it was true.So I believe if there is any law to prosecute such offenders the desperate politicians will not venture into altering the will of the people.”

“I was declared the winner. But I was shocked when information reached me that somebody was trying to change the result. Initially, I thought it was a joke until I got there before it was finally rectified that I am the right candidate for Orhionmwon/Uhumwonde Federal Constituency.”

The United States of America trained entrepreneur insisted that beyond making laws to check vote buying, all hands must be on deck to ensure proper electoral reforms are put in place to protect our electoral system and process.

“There are certain actions that must be condemned through policies and not paying lip service. Policies that come with sanction for offenders and some few people must be used as scapegoat and if that is done naturally people will desist from it.

“The job of legislators is to make laws, move motions and sponsor bills. One of the first things I want to do when I get to the National Assembly is to bring about electoral reforms. How we fund our elections is very important. In developed climes there is a limit to which an individual can spend on elections even if the people are volunteering to support them financially.

“Laws are meant to be implemented. But when we don’t do that I can assure you that the Executive will just be Executive. They will tell you they are only implementing what they have in the books.

He stated further that, ” the judiciary will only interpret and that is why some of us are interested in having good laws in the country and if you don’t have the enabling laws there is nothing you can do. I’m optimistic that when I get to the national assembly I have the convincing power to actually get some of my colleagues to do the right thing.”

Chief Osawaru who frown on buying of votes in election and called for an urgent legislative intervention and punitive measures against it.

Chief Osawaru advised Politicians that have lost election not to lose hope.
He said, “ I encourage everyone who have being in the mainstream of politics and lost election to build goodwill. If you don’t have enough time to build goodwill, don’t give up, still be consistence and persistence. A time will come that people will really identify with you because of what you have done. So, the only thing I have in form is this I just told you, the track record.”

“I appealed to the good people of Orhionmwon / Uhunmwonde federal Constitutency to join hand with me to develop the area. We are not supposed to be going through what we are going through right now as we are blessed with good resources.

“Orhionmwon is one of the largest producer of gas in the country. How come we are still the way we are today. Is a shame. Where is our corporate socio responsibility, are we exploring this enough. All these oil company we have, what are they doing for our society.

“I am the one that is carrying the touch now. I am calling on all Orhiomwonde and Uhunmwonde people to back me up, so that four years from now, we would be singing Halleluiah. We can do it, but I can do it by myself. I need every one of us for us to succeed,” he said.

” I promise the people of Orhionmwon / Uhunmwonde federal Constitutency that we will work as family in order to have the gain of democracy.