The Fourty seventh birthday Anniversary of Kogi State Governor Alhaji Yahaya Bello is a procession to fulfillment of eventful God’s purpose on Earth. 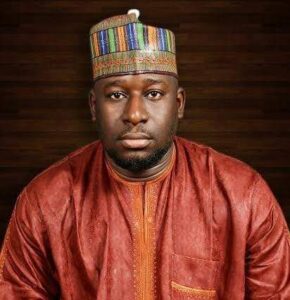 Architect Zaguru Amdii said his tremendous respect for Governor Yahaya Bello was as a result of his passionate ingenuity in providing people of the state quality leadership in governance.

According to the Political leader, Fourty seventh years anniversary of the Governor is not a joke stressing that it is a beginning of More God’s exploits through him to Nigeria and the entire world and described him as a consummate team leader who’s vision is aimed at improving all sectors of the state economy.

Zaguru dedicated the people of Bassa Land, the current peace in Kogi State to the Kogi Star boy, Governor Yahaya Bello who’s the celebrant of the anniversary for his political will and support to restore Peace in the area.

Architect Zaguru felicitated with Governor Yahaya Bello whom he described as a visitor of Bassa Land Also pledge the support of his supporters to his Administration at all times.

A statement from his Media Aide Victor Awom Commended the security agents posted to the area for their professionalism and appealed to the Bassa kwomu and Igbira people to embrace dialogue and give peace a chance for the development of the Area.

According to him Architect Zaguru Amdii who also is a political leader in the Area and the state called on the political leaders in the area to forget their difference and work for the progress of the the area and reiterated his determination to partner with relevant bodies in the country to attract development to the local government.