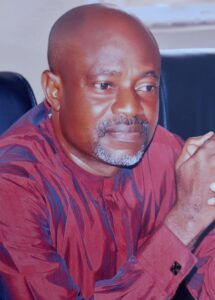 Comr. Tade Adeyemi, Kogi NULGE President made the appreciation immediately after the passage of the bill by the State House of Assembly today, in Lokoja, said the passage is an eloquent testimony that the Assembly is people centred.

The NULGE President equally thanked Gov. Yahaya Bello for the laudable and people orientated bill, described his enthusiasm to have the bill passed as a practical demonstration that he has compassion, love and above all passionate about the wellbeing of for the people at the grassroots and living in the Local Government.

The President equally called on other states in the federation yet to pass the bill to emulate Kogi State House of Assembly by expediting action on the passage of the Local Government Autonomy bill.

The President on behalf of the entire workers in Kogi State congratulated the workers at the Local Government Areas for the historic feat made, pointing out that God has today granted the request of Council workers