The bill for the establishment of Federal University Lokoja (FUL) Teaching Hospital ably sponsored by Senator Smart Adeyemi, representing Kogi West Senatorial District, has been passed into law by the Senate of the Federal Republic of Nigeria on Tuesday, 21st June, 2022. 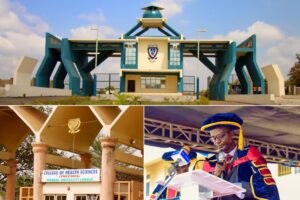 The passage of the long-awaited bill followed the consideration of reports by the Senate Committee on Health (Secondary and Tertiary) chaired by Senator Yahaya Oloriegbe (Kwara Central).

It would be recalled that the Public Hearing of the bill for the upgrade/conversion of the Federal Medical Centre, Lokoja to FUL Teaching Hospital was held on 13th April, 2022 at the National Assembly Complex, Abuja which was duly attended by the Vice-Chancellor, Professor Olayemi Akinwumi and the Provost, FUL College of Health Sciences, Professor Ozovehe Mike Ogirima mni, amongst other Principal Officers and Management Staff who graced the important event.