The Leadership of the Nigeria Union of Local Government Employees, NULGE, Edo State chapter has declared a notice of industrial dispute between the local government workers and the council administrators/ management over unpaid arrears of check-up dues and other deductions from council workers salaries. 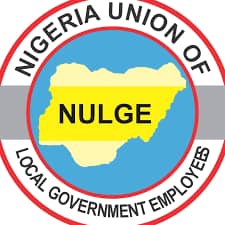 In a statement issued by the Secretariat of Edo NULGE, signed by its state secretary, Barr. Olumuyiwa Cole, dated 15th June, 2023, NULGE said “we have been constrained to declare an industrial dispute with local government councils who have defaulted or contravened the spirit of the agreement reached at a tripartite meeting held, as directed by the state governor with regards to the unpaid arrears of deductions and other issues.”

NULGE said “unless you remit to the Union by the end of this month, June 2023, all payments due from the deduction arrears for the past 7 months(December 2021 when the agreement was reached to June2022), the Union will not be able to guarantee industrial peace in the affected Local Government Councils.”

It would be recalled that NULGE got the attention of Edo state governor, Mr. Godwin OBASEKI with regards to the unremitted deductions and salary arrears of workers, and directed the Local Government Service Commission to convene a meeting between the Union and all the HOLGAs in Edo State.

The said meeting held on 14th December, 2021 with a resolution reached and dully accented to by all Local Government Administrators (HOLGAs). The outcome of the meeting, in the format of a communique was forwarded to the State Governor for his approval which was accented to in the speed desired.

Edo NULGE then said “in flagrant disobedience to the Governor’s directive and agreement reached at the meeting, some local government councils are still defaulting, some others yet to comply.”