NIGER STATE INTENDING PILGRIMS ADVISED TO BE OF GOOD BEHAVIOR WHILE IN THE HOLY LAND.

Jun 21, 2022 NIGER STATE INTENDING PILGRIMS ADVISED TO BE OF GOOD BEHAVIOR WHILE IN THE HOLY LAND.

Niger state  intending Pilgrims have been told to adhere strictly to the laid down rules of engagement of the Saudi Arabia Authority while performing 2022 pilgrimage. 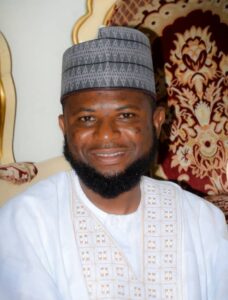 Mallam Abubakar Beji stated that looking at the huge resources that is involved in traveling to the Holy Land to perform pilgrimage,there is need for each one of them to know the principle and the knowledge on how to perform pilgrimage in accordance to the Islamic injunction which is Paramount.

He also advised them to strictly comply to the laid down rules and conditions of the Saudi Arabia Authority so that the aims of going their for pilgrimage would be achieved.

He then disclosed that very soon a committee of Moslem Ullamas and Christian cretic from the three senatorial district will be set up to proffer and find lasting solutions to the yourths restiveness in the state particularly in Minna the state capital.

He also stated that plans are under way by the Bureau on how yourths in the state can be encourage to embrace the teachings of both religioun and also train them to be self reliance so that at the end they shall be gainfully employed in the society.

Mallam Abubakar Beji said that if Yourths are giving proper religious teachings and are made to observe the five daily prayers it can reduce their participation in criminal activities and other social vice‘s like taking of hard drugs.

He commended the bold step taken by the state government to ensure that Pilgrims from the state are Airlifted from Minna International Airport looking at amount of money that is involved in fixing the run way and the lighting system at the Airport.

He added that the effort by the government would save cost of transporting State contigents to Abuja and the risk involved.