Jun 21, 2022 GAMJI COALITION 4 ASWAJU promises to work with everyone to ensure total victory for the APC presidential candidate

Members of the GAMJI COALITION for ASIWAJU has promised to work with everyone to ensure total victory for the presidential candidate of the All progressive congress, (APC), Asiwaju Ahmed Bola Tinubu in the 2023 presidential election. 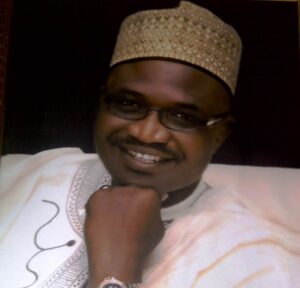 To this end, the group also assured that they will undertake a Visit to all aggrieved leaders in Kogi central
to ensure that they all work together to ensure the victory of Asiwaju

This was part of the resolution of their meeting held on 21st June, 2022 at Nice Royal Luxury hotel Chaired by Hon Mohammed Sule (Sunday sea).

The Chairman congratulated everyone for being part of the historic struggle for Asiwaju 2023 and prayed Allah to grant the group success and give the grand patron, Alhaji Sanusi Abubakar, (GAMJI) the strength to pilot the group.

The Formal inauguration of the executive members took place immediately after the chairman‘s opening remark.

The Agendas of the meeting includes, Visitation to the grand patron, official inauguration of the Interim coordinators and ward canvassers, Visitation to aggrieved leaders in Kogi central.

Others are Radio / broadcast sensitization campaigns, Kick starting of local government rallies. Among other meaningful resolutions.

According to the report, the opening prayer was done by Alhaji Yahaya Ogunye.

Meeting was adjourned to another meeting day.