The People’s Democratic Party (PDP) flag bearer for 2023 State House of Assembly, Ajaokuta LGA, in Kogi State, Hon Mohammed Haruna has expressed his commitment towards the welfare of the people of his constituency, if elected. 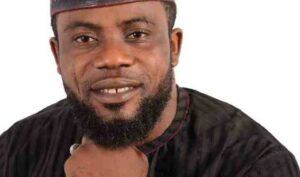 The PDP candidate stated this while speaking with our reporter in Ganaja, near Lokoja, the state capital.

According to him, human capital development would be his priority, stressing also that he would consolidate on his humanitarian activities, which had embarked upon, over the years.

Hon Haruna urged the people of the constituency to come out en masse, to obtain their Personal Voters Card (PVC), in ordcer to be eligible to exercise their civic rights on the day of the election.

He pointed out that the challenges facing the people of his constituency were enormous, adding that he was prepared to change the situation, for good.

Hon. Haruna also said that he would set in motion a programme that would benefit both women and children, in the local government..

Furthermore, the PDP candidate expressed hope that the constituency could still be a better place, with responsible and responsive representation, with him in the office.

On security, Hon. Haruna assured that he would contribute his quota to efforts to improve safety of lives and property.