In its commitment to improve the wellbeing of the citizenry, kogi state Community and Social Development Agency KCSDA has inuaguated projects worth over forty four million naira to be executed in communities in Kabba Bunu , Yagba East and Bassa Local Government Areas of the state. 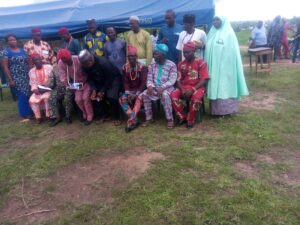 This is just as the people were charged to take absolute ownership of the projects for its sustenance.
The Chairman of the Board of Directors of the Agency, Hon Raphael Okomoda gave the charge on Saturday at Ashanta Community in Kabba during the flag of the first N-Care projects in the state.
He said, it was the policy of the present administration of Governor Yahaya Bello to improve on the lives of the people that necessitated the approval for the rehabilitation and renovation of these projects. 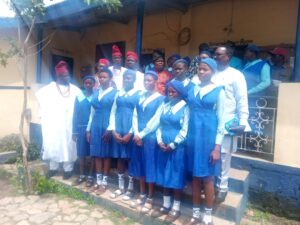 He said, when completed, the projects will significantly impact on the lives of the host Communities. 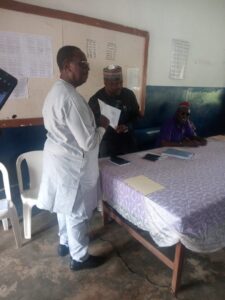 The Chairman stated that the choice of Saint Monica College kabba for the rehabilitation of Science Laboratory, a classroom and drilling of borehole worth over #14 million was to create conducive environment for teaching , learning, research and to return the lost glory of the over 60 years old iconic secondary school.
He charged members of the Projects Monitoring Committee CPMC to reciprocate the confidence repose in them by ensuring that the projects are executed according to standard and timely completion. 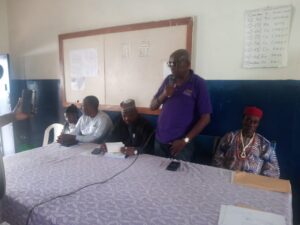 While commending Gov. Bello for giving the Agency maximum support, warned benefitting Communities against undermining the process.
Similarly, the Managing Director of the Agency, Chief Dauda Momoh while Presenting the cheques of over fourteen million naira to the Omowa and Bajida Communities in Isanlu, Yagba East LGA, charged the Committee to maintain high standards in the execution of the projects.
The GM said , the approval for the rehabilitation of a clinic and sinking of borehole for Omowa and Bajida Communities was based on the effective utilisation of funds of the previous projects..
He added that the first tranche of 20% of the contract sum is being presented , while the remaining two tranches of 50% and 30% would be accessed based on the extent of work done.
He assured them of the availability fund that will enable them to complete the job in two months.
He disclosed that His Excellency, Alhaji Yahaya Bello has to slice the community counterpart commitment from 10% to 2.5% in order to reduce the financial burden on the people occasioned by harsh economic realities.
Earlier, the GM had presented cheque of over #14M to Gboloko Community to sink borehole and completion and furnishings of examination Hall of Community Secondary School, Gboloko, Bassa Local Government Area, in the Eastern Zone of the state.
In a remark the Chairman of project Management Committee for Saint Monica collage Kabba, Dr.Akin Olorunoba commended Governor Yahaya Bello for his magnanimity in giving succour to the staff and students of the College.
According to him, ” By this token, in few years from now , many Doctors, Engineers and scientists would emerge from here. We are grateful to his excellency and the Management of the Agency for choosing the College for these all important projects. We assure him that the projects would be completed according to specification and within the stipulated time frame” He assured.
In their seperate comments, the Principal of the College Mrs Dare DadaDupe and Head girl , Miss Petra extended their gratitude to the Governor and the Agency in aiding the college to overcome her critical challenges.
While promising to reciprocate the gesture by churning out students with high grades in science subjects, assured of the judicious use of the projects.