The PAAU Alumni Association has Felicitated with her grand patron , His Excellency Alh.Yahaya Adoza Bello, the Executive Governor of Kogi State as he Clocks 47 years of prosperous Life. 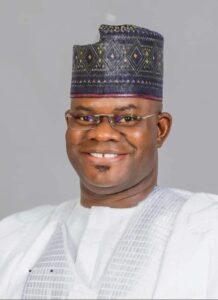 In a statement signed by the National President of the Association Mall. Ibraheems Yahaya in Lokoja said the Governor has contributed immensely to the development of the Prince Abubakar Audu University , Anyigba.

He said notable among the governor’s numerous contributions to the institution was, granting of full Autonomy to the University, Accreditation of courses , renaming of the University after it’s founder , Late Prince Abubakar Audu among others to numerous to mention.

The National President said that the Governor has shown exemplary leadership to Nigeria youth on the need to participate in Governance and elections and needed commendation by all.

Mall. Ibraheems called on all members of the Association Worldwide to continue to support the State for rapid development.

He enjoined members to always promote unity among themselves , and be a good ambassador to their Alma Mater.