The Candidate of the All Progressives Congress for Kogi West Senatorial District, Hon. Sunday Karimi has assured of his determination to make people orientated legislation if elected to the Senate. 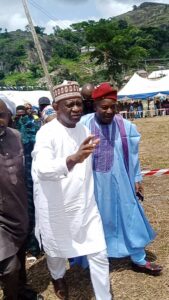 Hon. Karimi made the disclosure at this year’s Ogidi Day Celebration, described culture as a way of life of the people that must be preserved. 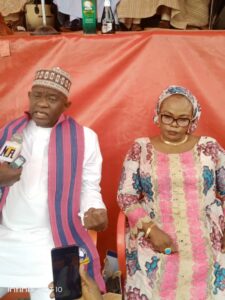 Hon. Karimi described the emergence of Asiwaju Ahmed Tinubu, the APC Presidential Flagbearer as an opportunity for Nigeria to have a Financial Guru in charge of the economy solicited the support of the people for him to win the February Presidential election. 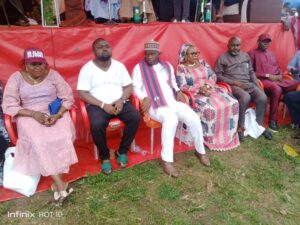 He particularly said Lagos State under Asiwaju Tinubu since 1999 has led in the economic development indexes, assured that the waiting period for Nigerian to make upward movement has come with the emergence of Asiwaju Ahmed Tinubu. 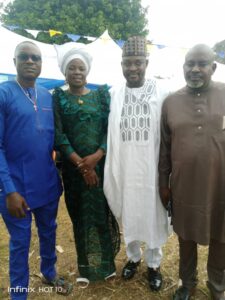 Hon Karimi disclosed that it is the turn of Yagba to produce the next Senator from Kogi West, solicited the support of the community, disclosed that he has the blessing of Yagba and entire Kogi West Senatorial district.

While pointing that his relationship with the people of Ijumu, particularly Ogidi Community dates back time immemorial, described the people as reliable and dependable.

He promised to make laws if elected that would improve on agriculture, education, Youth and Women empowerment, assuring that infrastructure development in the areas of road construction would form the kernel of his legislation.

Hon. Karimi solicited support for the administration of Gov. Yahaya Bello and the APC, promising that the governor and the Party mean well for the people of the state.

Highlights of the occasion was his donation of N.5m for community development, the presentation of the House of Assembly candidate for the APC Mrs Omotayo Adeleye Ishiya to the people by Hon. Karimi, urged the community to remain unflinching in their support for the APC…. Continue reading