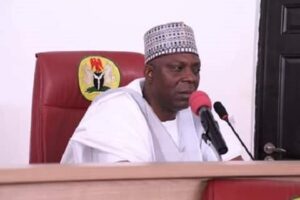 The Speaker made the disclosure in a chat with Thenigerianpost. He spoke against the background of a mischievous news item in some section of unregistered online platforms purporting his removal, said it was unfortunate and a figment of the imagination of the mischief makers.

He described the futile effort as the handiwork of mischief makers who were impeached yesterday, thanked the Lawmakers and the people of the state for their support thus far.

The speaker urged the public to disregard such information of his removal, maintaining that the House under his leadership is waxing strong and ready to offer quality legislation that would see to the wellbeing of the people of the State.