Hon. Fatima Abu, National President GYB Eleojo Igala Women Association has congratulated the erstwhile Governor of Lagos, Asiwaju Bola Ahmed Tinubu, on his emergence as the candidate of All Progressives Congress (APC) for the 2023 presidential election. 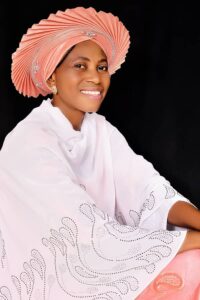 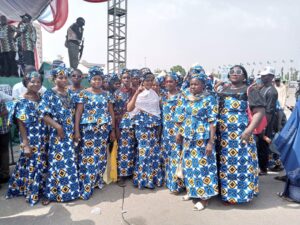 In a statement personally signed by Hon. Fatima Abu, she described Asiwaju’s victory as well-deserved and a proof of his acceptance across the country.

“ GYB Eleojo Igala Women Association heartily congratulate Asiwaju Bola Tinubu on his overwhelming victory at the presidential primaries of our party, the All Progressives Congress and his subsequent emergence as our Presidential Candidate for the forthcoming 2023 Presidential Elections. 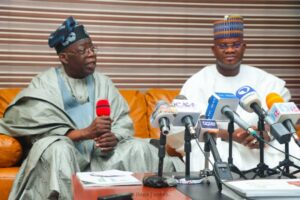 “This victory is a testament to your wide acceptance across the length and breadth of our country. This is so because for well over 3 decades, you have bestrode the political landscape of Nigeria exhibiting strong leadership and mentoring acumen that has swelled the ranks of your mammoth followership. Your uncommon courage, strong passion and infectious patriotism, coupled with your steely determination had left no one in doubt that you have a mission to drive our quest for a more secure and prosperous Nigeria. That mission shall soon be fulfilled to the glory of God and the good of our nation.

“I enjoin you to use this victory to re-energize and re-position the APC for the tasks ahead. Continue to be the consummate political leader that you have been to many, for the good of the majority.

“We also wish to congratulate President Muhammadu Buhari and the leadership of the All Progressives Congress as well as all the other presidential contestants for contributing to make the Special National Convention and Presidential Primaries of our party a resounding success, to the palpable disappointment of the opposition”.