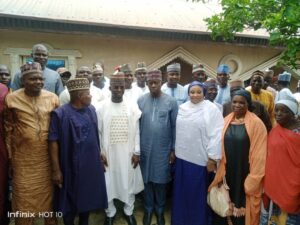 Recall that the custodian of Kupa land returned to his creator on 12th June, 2022. He ruled for 43 years and died in a private hospital in Bida, Niger State. 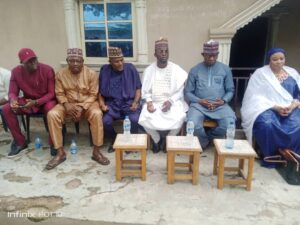 Hon. Sunday Karimi described the late Mayaki of Kupa Alhaji Muhammadu Kabiru  Issa (II) as one amongst the noteable traditional rulers in the State who have sustained the dignity, culture and tradition of his people, expressed sadness that he left at a time he would have relied on his wise counsel. 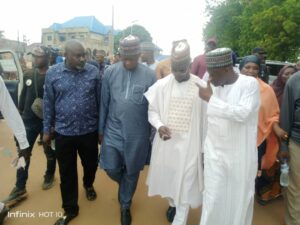 The APC flagbearer urged the family and the people of Kupa to take solace in the fact that the Late traditional ruler lived a fulfilled and eventful life. 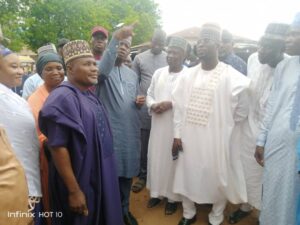 He prayed God to grant him eternal rest, the family and people of Kupa Kingdom the fortitude to bear the huge loss.

As part of the visit, Hon. Sunday Karimi donated the sum of N500,000 for the completion of the Mosque in the area with a promise to do more for the area if by the grace of God he is elected.

He urged the people of Kupa to continue to sustain the peace and harmony existing amongst them, assured that he would not betray their confidence and support if voted in the general election.

The Commissioner For Women Affairs and Social Development, the Council Chairman of Lokoja LGA, Hon. Danasabe Mohamed, Hon. Suleiman Danladi Aguye, Hon. Suleiman Babadoko and a host of other top notch politicians from Lokoja LGA were on the entourage of the APC Senatorial District Candidate.