Fundamentalists are usually very well structured in their drive to establish an Islamic State. They can be connected and yet appear as if they are at cross-purposes, they operate an extremely complex network and very deceptive system to the undiscerning. 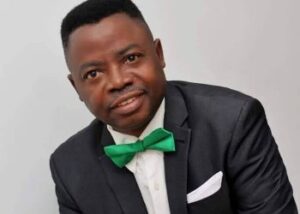 You will find if hard to connect Tinubu and El-Rufai ideologically, but can these two be disconnected from what APC is today? Yet, it was El-Rufai who came to Lagos to teach Lagosians how to sack a political godfather, the outburst of El-Rufai against Tinubu in the political space in the past has been something else.

It is however amazing that Kaduna State was the laboratory where Tinubu’s theory of an Islamic state was experimented. The results of that experiment is a leadership apathy seen in the unstoppable killings in indigenous christian settlements in kaduna state!

How come nobody is asking the question, why El-Rufai who wants the godfather sacked is the Ambassador of his muslim muslim fundamentalist leadership agenda?

The need to unearth fundamentalist operation by unmasking their men among us is sacrosanct!

There are four major divisions in fundamentalism.

There are the foot soldiers; Jihadists who are out for war against the sovereignty of a state till it will fall from secularism to Islamism, to this belong Boko Haram, ISWAP etc.

There are political Jihadists who play in the political space to gradually model government structure towards an Islamic state. These men usually don’t marry muslim to aid their serpentine operation against unsuspecting christians. Muslim men are allowed to marry women of other religions, particularly christians, how come Islam forbids Muslim ladies from marrying christian men? That Tinubu is married to a Pastor is a plus, a sign of Islamic conquest!

I have been asking a question for almost 6 months running and nobody is answering.

Why was the customary law of Lagos State reviewed to accommodate Islamic Jurisprudence (Sharia)? Was there any application written to the house, a bill sent or was it done to just strengthen Tinubu’s negotiation with the Muslim North for power to shift to the South? Tinubu is not answering, Sanwo-Olu is ignoring the question. Obasa who supervised the process is turning the other eye!

Christian Association of Nigeria, Lagos State Chapter, who should lead this advocacy are pretending not to know that the full grown monster that beheaded Gideon Akaluka in Kano and stoned Deborah in Sokoto has been safely taken delivery of at the Lagos State House of Assembly!

The baby must of course grow from state monsters into a national vampire through a muslim muslim Presidency. The sign of its growing up is already being felt, David Imoh was stoned and burnt in the highbrow Lekki area of Lagos. Hannah Saliu, a sex worker was stoned, lynched to death and burnt like Deborah and David at Alaba Rago, a shanty community of our state of excellence.

From our highbrow to the slum, public sharia has been successfully executed!

The intellectual Jihadists are the propaganda machineries that take the public space to skew conversation in favour of the agenda without giving the agenda away. No one can fault the small man from kaduna in this regard. This of course is the official purpose of MURIC and Ishaq Akintola who is pushing for nothing other than a full blown Islamic state through a subtle demand for the rights of Muslims collectively instead of individually!
An addition to this team is Professor Abdussamad Umar Jibia who wrote the article titled, “the imperative of muslim muslim tickets”

We have also the economic Jihadists. These are enterprenuers and investors who are playing in the economy to compete with and displace others in the system. They are in farming, financial sector of banking and currency exchange. Do i need to remind us of how majorly christian families breakfast tables have funded terrorist operation for years without our knowledge?

Are you still wondering why those who were indicted by UAE authority as financiers of terrorists in Nigeria, the government of Tinubu’s APC led by Muhammadu Buhari has not paraded them before the public?

It is unbelievable that the same party with all the complications it has led the country into bothering on religion, is the one to say a Muslim Muslim tickets doesn’t matter. Does it?