Gamji Coalition For Asiwaju- Ogori Magongo LGA Chapter has sent a message of congratulations to the erstwhile Governor of Lagos, Asiwaju Bola Ahmed Tinubu, on his emergence as the candidate of All Progressives Congress (APC) for the 2023 presidential election, expressed upbeat of winning the Presidential election in 2023. 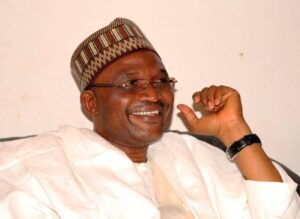 Recall that Tinubu emerged the Presidential flag bearer of APC after garnering 1271 votes at the National Convention held in Abuja. Former Minister of Transportation, Chibuike Rotimi Amaechi and Vice President Yemi Osinbajo came second and third with 316 and 235 voters respectively.

In a statement personally signed by Mr. Moses Adedeji- Coordinator and
Mr. AbdulAzeez Damissah, Deputy Coordinator described Asiwaju’s victory as well-deserved and a proof of his acceptance across the country.

“We heartily congratulate Asiwaju Bola Tinubu on his overwhelming victory at the presidential primaries of our party, the All Progressives Congress and his subsequent emergence as our Presidential Candidate for the forthcoming 2023 Presidential Elections.

“This victory is a testament to your wide acceptance across the length and breadth of our country. This is so because for well over 3 decades, you have bestrode the political landscape of Nigeria exhibiting strong leadership and mentoring acumen that has swelled the ranks of your mammoth followership. Your uncommon courage, strong passion and infectious patriotism, coupled with your steely determination had left no one in doubt that you have a mission to drive our quest for a more secure and prosperous Nigeria. That mission shall soon be fulfilled to the glory of God and the good of our nation.

“ We also wish to congratulate our Principal Sanusi Abubakar Gamji for contributing to the success of our Party‘s flagbearer, said the resounding success at the primary election is a precursor to the expected victory in the February Presidential election“…. Continue reading