Venturing to contest for Presidency by Gov. Bello, giant strides for the people of Kogi State.

Jun 15, 2022 giant strides for the people of Kogi State., Venturing to contest for Presidency by Gov. Bello

Governor Yahaya Bello of Kogi State dogged efforts for contesting the Just concluded primaries of the All Progressive Congress has been described as a giant stride for the people of Kogi State. 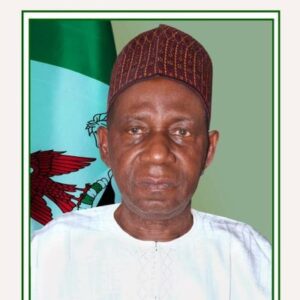 The State Commissioner of Agriculture Mr David Apeh made the remarks while speaking with our Correspondent Ernest Zhokwo in his office today in Lokoja.

Mr David Apeh said since Nineteen Ninety when democracy return to the country know politician in north central has venture in contesting president of the country and described the steps of Govermor Yahaya Bello as bold and successful.

The Commissioner said Governor Yahaya Bello would have warn the primaries and president it will mean a lot for Kogi State and north central.

Mr David Apeh said Govermor Yahaya Bello has not lost the primaries noting that inspite of all the challenges the governor has made a tremendous Mark.

Mr David Apeh said Govermor Yahaya Bello has lunch him self in National and international politics noting that he will be part of next Administration in the country.

According to him Govermor Yahaya Bello has mobilize Youths across the country and pledge to encourage youths youths to support the candidates of the All Progressive Congress in 2023 general election.

He Congratulated him for his fourty seventh years birthday and Prayed God bless him with good health, wisdom in piloting the affairs of the state to greater heights.

Mr David Apeh also reiterate determination to partner with relevants Agricultural Bodies in the country to boost agricultural activities in the state and called on famers to remain supportive of the present Administration to move the state to greater heights.
Int. End.