The People of Bassa Local Government Area have been called upon to dialogue, forgive themselves for the resolution of the crises in the area. 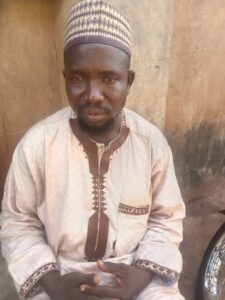 The Chief Imam Felele Central Mosque Lokoja Ahmad Abdul Abdulkandri made the call while speaking with our Correspondent on the Importance of peace, love and Unity in any society.

Imam Ahmad said who lamented on the ongoing communal disturbances in some parts of the local government as irritating stressed that peace is Sacrosanct to the development of the area.

According to the Chief Imam where there’s know forgiveness the integrity of the land can be with drawn by God.

The Chief Imam Felele Central Mosque Lokoja Ahmad Abdul Abdulkandri maintained that the Bassa people have a long age relationship and enjoined them to use their diversity to sustain peaceful coexistence to transform the local government Area.

Ahmad called on the Youths to Shun vices enemical to the development of the local government Area adding that as leader’s of today and tomorrow Peace, Unity and love will create enabling environment for their progress in life.

He maintained that Bassa Local Government Area is blessed with aboundant human and natural resources capable of sustaining the people of the area pointing out that if properly harnesses there will be Progress in Bassa Land.