Omoko Community in Kogi LGA has sent a message of appreciation and commendation to Governor Yahaya Bello for connecting the community to National grid. 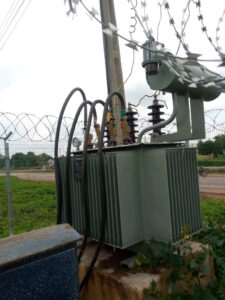 The Leader of the community who doubles as the former APC Chairman of Kogi LGA Alh Abdullahi Yusuf Omoko commended Governor Yahaya Bello for personally stopping over in the community to promise a transformer and electrification.

He said during the delivery of the transformer and the electrification process, he praised the Governor for magnanimously donated cash for all the other processes.

He added by saying that Gov. Yahaya Bello is a God sent to them, said that Nigeria needs his energy and fearless nature but expressed dissatisfaction that the Leader of APC in the State could not clinch the ticket.

The Leader of the Community commended Engr. Bashiru Gegu for his support, pointing out that it was just a phone call and the Commissioner responded to Omoko Community immediately.

The Community leader described the Commissioner as a worthy representative of the area, expressed optimism that with his leadership, the area is fully committed to APC.