Ahead of the forthcoming 2023 general election, Hon Jacob Abraham Damilare has said that it is time for Yagba Federal Constituency to produce the next Senator to represent Kogi West Senatorial District. 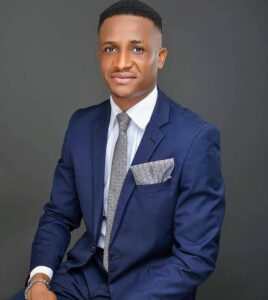 This according to him has gotten a green light with the All Progressive Congress APC, fielding of Hon. Sunday Karimi from Yagba West Local Government Area of Yagba Federal Constituency as her candidate to flag the party‘s ticket and subsequently enjoy a landslide victory at the general poll come 2023.

According to Hon. Abraham Jacob who is a Permanent Board Member, Kogi State Health Insurance Agency (KGSHIA) and the youngest Permanent Board Member in Kogi State, he asked where lies the presence of Fairness, Justice And Equity for the remaining two Federal Constituencies in the District, stating that it was only unfair and unjust for the Peoples Democratic Party to field its Senatorial Candidate from the same Federal Constituency that has been representing Kogi West Senatorial District in the Senate.

“All Progressive Congress has obviously shown that it is a party that believes firmly in Justice, Peace and Unity by producing Hon. Sunday Karimi from Yagba Federal Constituency as its Senatorial seat candidate, a candidacy that is best described as a breathe of fresh air and a taste of new water especially among the Yagba, Lokoja-Kogi and some portion of Kabba-Bunu/ Ijumu constituents.

Speaking further, Hon. Abraham enjoined constituents to remain calm and accommodate no worries with the decamping of some APC members to PDP recently in Kogi Local Government. He described the decamping exercise as a mere distraction tactics employed by the opposition party with the already defeated aim of painting the ruling All Progressive Congress in the State as unpopular and unaccepted which obviously reverse is the case, stressing that it was an event merely overblown by the media.

Hon. Abraham said the need to clear the doubts in the minds of innocent men, women and Youths who are in love with the leadership style of the APC in Kogi State became necessary.

“The best any political party could do for the people of Kogi West Senatorial District is to field its Senatorial seat candidate from Yagba Federal Constituency for the purpose of fairness, unity, equity and progress . Impressively, this is exactly what the All Progressive Congress has done by peacefully conducting a credible primary election where Hon. Sunday Karimi from Yagba Federal Constituency emerged winner and its Senatorial seat candidate”.

“For the purpose of maintaining a lasting unity, equity and progress in Kogi West, ahead of the next general election, I am urging the people of Kogi West Senatorial District to support Yagba Federal Constituency in producing the next Senator by voting massively for All Progressive Congress”.

He however, appealed to aggrieved persons within the party to kindly sheath their swords and see the party as supreme as it has always been and join hands in seeing that the party coast into overwhelming victory at the poll ahead of the general election.