Ghost defection in Kogi LGA: APC remains the party to beat in 2023.

…. PDP never an option to APC in Kogi LGA.

Hon Abubakar Sadiq Muhammed, APC Chairman Kogi LGA has
disclosed that the PDP in the area is living in a fools paradise, pointing out that no member of the Party decamped. 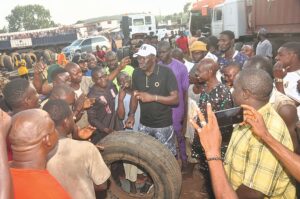 According to the Chairman issued in a statement, disclosed as lies from the pit of hell that Alhaji Abdullahi Isah from Gegu South who the PDP claimed has defected, said it is a sign of PDP not learning from their past deceit. 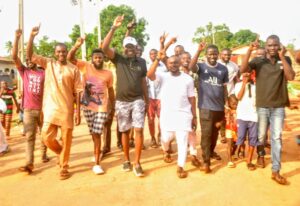 According to the APC Chairman, the said Alh. Abdullahi Isah is the biological father of the current Councillor representing Gegu South Ward, and he said, “PDP is never an option to APC in Kogi LGA. 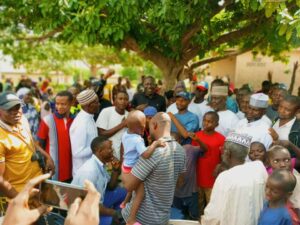 He said how can they have a ghost decampee to PDP in Kogi LGA described the allegations as unfounded and unfortunate, urged the Party to be real in their affairs, with Alhaji Abdullahi Isah from Gegu South disclosing that he can never be a PDP member again”. 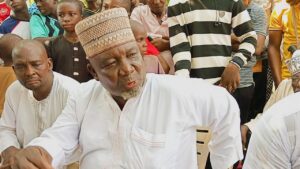 Responding to the acclaimed decamping ceremony of the PDP, the APC Chairman, Hon Abubakar Sadiq Muhammed further disclosed that those that have defected from APC before 2019 general elections were those who presented themselves to Hon. T.J Yusuf as a new decampees insisting that no body left the APC.

” Let PDP keep giving out ghost number as decampees. We shall continue to shock them at all times”.

Also the former Chairman of APC, Alh Aufu Omoko has also disclaimed that no one from his Ward in Chikara South defected from APC.

He said he is confident for the Flagbearers of the APC in the forthcoming general election that they will win for the party convincingly for the different positions, said PDP is not an alternative, having failed the people for sixteen years.