Abubakar Sadiku Ohere is an enigma of peace and unity of people, detribalized public officer with great understanding of official operational standard, high respect and tolerant for ethno-religious disparity. 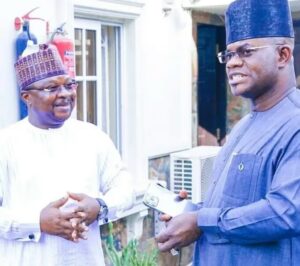 In the course of discharging his official responsibilities as the State Commissioner for the Local Government and Chieftaincy matters and later for Works and Housing, he displayed this qualities which are rare to be found in the present day Nigerian politicians. He quickly addressed the issue of bias and marginalization of some section of the state in the grading of the state traditional institution which earned him an applause in the state for making such a historic rectification which has brought goodwill, reputation for fairness and justice to the Governor Yahaya Adoza Bello led government in Kogi State.

Ohere sterling performance in the overall administration endeared him so much to be loved and trusted by the helmsman. He plays in an utility position and acts a fatherly role to all other personnel assigned with official functions to effectively deliver on the target and goal of re-directing the confluence state for good and transforming our Dear state to the greater dream of her past heroes and the citizenry. He is highly respected by every member of the state cabinet because of his high level of intelligence and diplomatic experiences in handling administrative duties.

Ohere’s style of leadership, strong commitment and technocratic knowledge in the field has given positive credence to Governor Yahaya Bello for hiring the service of a man who shared a greater vision for the attainment of progress and prosperity for the state, through the numerous infrastructural developments that was flagged off and completed under his supervision as a Commissioner for Works and Housing.

Some of these notable and legacy projects are Confluence University of Science and Technology (CUSTEC) Osara, Reference Hospital Okene, Muhammad Buhari Civic Centre Lokoja, State of the Art Palace of the Ohinoyi of Ebiraland, Teaching Hospital for Prince Abubakar Audu University Anyigba, Road Constructions and lot of others that have direct bearing with attendant impact and value addition in the lives of the people while strengthen the economy of the State.

On political ground, he has demonstrated his culture as a good social democrat and a progressive leader who through his actions and words has the larger interest of the people at heart while making the people the centre piece of his political decisions and policies, he also maintain an absolute respect for the rule of law and the internal democracy of his political platform, the All Progressive Congress (APC).

Because of his knowledge and ability to manage technicalities and intractable political issues, he was honoured and widely accepted as the “Leader and Chairman of Kogi Central Appointee” a position he hold till date and still enjoys the confidence and the trust of his political associates, both the elected and the appointed cabinet officials.

The man Abubakar Sadiku Ohere is most credible and worthy to be entrusted with our votes to take up a higher responsibility to represent the good people of the central Kogi state and continue his good service to the people.

He has laid positive imprints and contributions in his previous and current official assignments, hence, _its morally correct to give him a chance to the National Parliament_ .