The annulment of the June 12th, 1993 general election adjudged to be the fairest election in the history of democracy by the General Babangida military junta has over the years dented the image of democracy in Nigeria. 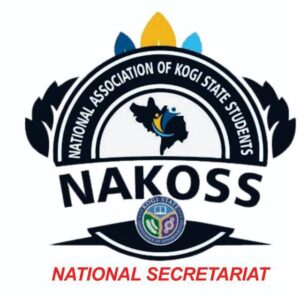 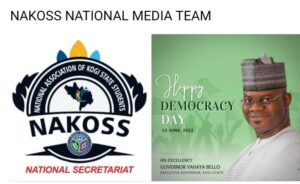 That preposterously shameful exercise by the military junta deranked Nigeria into the black list of successful democracies in the world, it is however rife to say that it was a blessing in disguise as it offered great lessons, going into the future and thus helped Nigeria recieved international support when she made up her mind and earnestly desired to return to democratic setting in the year 1999

Unarguably, the date change by the current administration is not only fair but highly commendable and it has become part of the nation’s moving democracy

Away from the above, our state and political actors have played tremendous roles in deepening the beauty of democracy in Nigeria, especially the government who has represented and made Kogites feel the impact of good governance by ensuring security, peace, unity and progress as well as equally engendering equal participation which are all the foremost indices of progressive democracy, hence the need to celebrate Kogites on this special day in the history of our developing democracy

Notably, H.E Alhaji Yahaya Adoza Bello worths a label of the newest bride of democracy in Nigeria as he has fought tooth and nail with the enemies of adequate security in Kogi State and dealt brutal blows to their cheeks, and thereby creating a peaceful environment for Kogites to trade easily without fears of the unknown

Again, Governor Yahaya Bello equally ensured that all interest groups are adequately represented in his government with special attention shifted to the youths and women; the transparency and accountability prowess displayed by the Governor endeared the state to foreign financial organizations that has at one point or the other lauded the confluence state for being the best in terms of reputable governance

Of importance too, the recently conducted APC Presidential primaries saw 23 aspirants jostled for the ruling party‘s ticket, Governor Yahaya Bello shook every corners of the nation as the standing voice of the North Central and a bridge builder between the old, youths and women; while anti-democratic forces made efforts to sabotage the primaries by a half-baked consensus plan, it was still Governor Yahaya Bello that stood his ground that election must be conducted for every aspirant to have the feel of true democracy and equal democratic rights

Again, while other spineless aspirants chickened out, he fought logically to the end and all priding

The fact remains undebatable that Yahaya Bello is newest bride of democracy, a pride of the North Central and lion of the APC. Asiwaju Bola Tinubu’s journey in Nigeria politics has spanned more than 3 decades, Hon. Rotimi Amaechi’s first time out of the corridors of power since 1999 was when he stepped down as Minister to run for the Presidency, Prof. Osinbajo is of the 1999 political class too, including Sen. Ahmed Lawan who is presently the longest serving parliamentian having navigated his way through the House of Representatives from 1999-2007 which altogether span two decades plus are all politicians who has wielded politicking experience over the years

For Governor Yahaya Bello to fight shoulder level with these calibre of politicians despite being only seven years into Nigeria politics defines his formidability and foresightedness, it mirrors his audacity and ability to dare odds

Indeed, it was a heroic outing for the long marginalized North Central, Kogites, and even the party itself

Conclusively,we hope and pray as an association that Nigeria would continue to grow more prosperously till our arrive at our dream destination.