Aminu Isah, frontline House of Representatives Candidate for Dekina/Bassa Federal Constituency says he and the NNPP remains the best alternative for the Constituency. 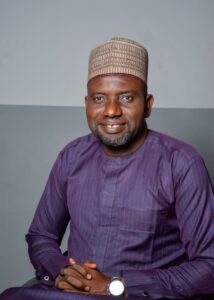 The NNPP candidate says enough is enough to continuously do things the wrong way, pointing out that he has what it takes to deliver quality and effective representation.

The major contender for the federal constituency seat in the National Assembly promised to legislate on populist ideology by putting premium on the people’s welfare while he represents the interest of his constituency.

The NNPP candidate said his mandate will be hinged on the cardinal areas of development with the attraction of the needed infrastructure that would make the Constituency an envy.

The NNPP candidate in a chat with newsmen in Lokoja said his aspiration was borne out of deep responsibility to the people, said enough is enough of suffering for a people richly blessed with human and natural resources, lamented that the people of Dekina/Bassa Federal Constituency have suffered for too long.

According to him, “As the representative of the people, I will prioritize women empowerment, youth development, strong educational development, good medicare and quality legislation that will strengthen security of lives and properties.

He promised to seek for partnership with both foreign and local organisations to improve on the well being of the people.

The House of Representative hopeful who is known for his humane disposition to the less privileged, also promised that his Federal Constituency will become the envy of other constituencies if given the opportunity to represent them at the Green Chambers.

He noted that as a responsible representative, he will always be at the beck and call of his people, adding that he will put an end to the era of constituents not gaining access to their representatives.

The NNPP candidate thanked the people of the Federal Constituency for their abiding faith in him, adding that “ his aspiration is a movement driven from day one and it’s success is entirely for the people.”