KOGI WEST SENATE: THE TEN THESES OF THE WINNING MAN 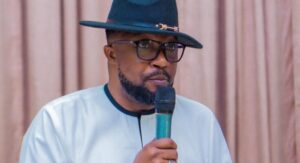 Dogged as ever, the Bashorun of Okagi Kingdom who had served the government of Governor Yahaya Bello as Special Adviser on Youths Empowerment, Sports and Students Affairs, has begun grassroot mobilization across Kogi West Senatorial District with a view to coordinating a mass movement in support of his Candidacy.

Being the youngest contestant for the revered office, Eseyin came with some uniqueness:

In the wake of the massive clamour for a Yagba Candidate to emerge, a particular searchlight had beamed to the direction of Yagba Federal Constituency and its tripartite Local Governments in Yagba West, Yagba East and Mopamuro. When we clamour for a Yagba Candidate to represent Kogi West in the Senate, it is vital to shieve the Candidates through a net and narrow it down to a particular district in Yagba.

Analysts have taken turns to point out this one point as making Bashorun MD Eseyin a strong contender for the Senate position.

As he emerged as the flag bearer of the ACCORD (A) for Senate, it remains to be seen how the Party pulls its weight across Kogi West Senatorial district to deliver the hope of Yagba for Senate Movement.

What are his personal attributes, pedigrees and trajectory that make him the best Senate Candidate?

Watch out for Part Two.