In a display of unusual character of Nigerian Politicians, a Frontline Aspirant in the just concluded All Progressives Congress (APC) Kogi West Senatorial Primary, Dr. Muyi Aina on Sunday embarked on a thank-you-visit to the 7 Local Government Areas in the District. 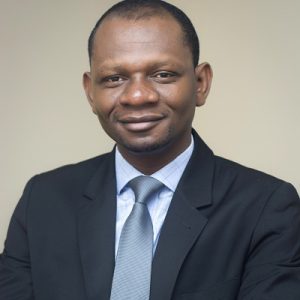 Dr. Aina came second in the Primary election after pulling 73 votes behind Sunday Karimi who won the contest, while the current Senator representing the district, Smart Adeyemi got 43 votes.

The Aspirant in his remarks at a during the visit his Coordinators in Lokoja/Koto Karfe Federal Constituency, said the appreciation visit was in fulfilment of his promise to stand by the people who worked for him whether he wins or not.

According to him, he has put the outcome of the election behind despite that the will of the people was shortchanged by powers that be.

He charged the Coordinators and his numerous supporters not to be disappointed and be encouraged in the fact that better days are ahead.

Dr. Aina explained that he will continue to stand by them come rain come shine, adding that he is committed to his believe.

Earlier, the Director General, Muyi Aina Campaign Organization, Mr. Olugbenga Rotimi commended the Coordinators for believing in the aspiration of Dr. Aina, who he described as God fearing, humble and focused leader.

Mr. Rotimi saluted the courage of the Aspirant, saying despite the fact that the outcome of the election weighed so many down, he has been strong enough to motivate and thank those who worked for him.

One of the Coordinators from Lokoja Local Government, Zubair Yakubu who was moved with tears said he would continue to support Dr. Aina as he has proven to be a man of integrity.

One his part, a Stalwart of APC in Kogi Local Government, Mallam Yahaya Danladi described the decision to thank the people as a display of a sign of humane and unusual of Nigerian Politician.

He said for someone who’s mandate was stolen to come back to appreciate his foot soldiers, shows that he is compassionate, truthful and humble, and expressed confidence that Dr. Aina will be a successful politician.