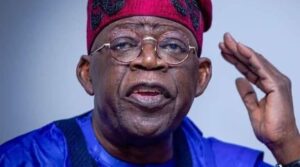 In a congratulatory message she personally signed and made available to the media Ramatu described Sen. Bola Ahmed Tinubu’s victory as commendable, timely and an expression of the collective will of APC in Nigeria.

She said the Jagaba of Borgu’s victory at the primary election was a reward for his many years of unrivalled dedication, labour, selfless commitment and personal sacrifice for the party which made the party succeed in previous elections.

According to Ramatu she expressed hope that Nigeria will be better under Sen. Bola Ahmed Tinubu if given the needed support by all stakeholders, calling on him to be magnanimous in victory and charged other contestants to team up with him in making the 2023 election rancor free, a team effort and a one way win for the party.

The legal icon is hopeful that the emergence of the former Lagos State Governor will further stabilize the APC, project it towards effectively winning future elections, better the socio-economic fortunes of Nigeria and Nigerians as well, and create a formidable leadership pathway for younger emerging leaders.

Ramatu who is currently seeking redress over contentious issues raised in the Kogi central Senatorial election, enjoined the APC Presidential flag bearer to prevail on the party in ensuring that people with genuine cases are listened to and such issue addressed as that will further boost the confidence of aggrieved members of the party to remain in the party and work to ensure victory at the polls during the 2023 general elections.