The Chef Executive Officer, Connected Development Hamzat Lawal, has appealed to the federal Government to deliberately engage traditional and religious leaders to support the military and other security agencies by providing actionable intelligence to combat banditry and other security challenges besetting some parts of the country. 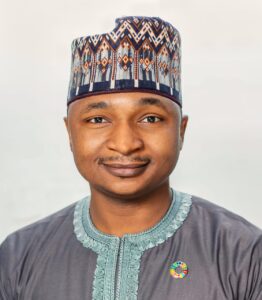 He also called for effective inter-agency collaboration between civil-military and paramilitary organizations to checkmate the carnage within their respective areas of responsibilities.

Hamzat, who made the appeal in Okene Kogi State on the sideline of the 25th anniversary of the accession of the throne of the Ohinoye of Ebiraland, His Royal Majesty Dr. Ado Ibrahim said, the collaboration was necessary in order to checkmate the security challenges in the country.

According to the Hamzat, traditional institution has vital roles to play in the fight against insecurity in the country, but government must define their function, create enabling environment for them to operate by defining specific function through the acts of parliament.

He added that giving security operatives vital and actionable information on the whereabouts and movements of insurgents, bandits and kidnappers will help the authorities in containing the situation as the traditional leaders know their community members well and could get intelligence from them easily.

“We need more cooperation and synergy from security agencies and relevant stakeholders, particularly traditional and religious institutions as well as community and opinion leaders to curtail or bring to the barest minimum the issue of banditry and kidnapping.”

The “Follow The Money” advocate attributed the current security situation in the country to lack of trust, social injustice and imbalance in the governance system