The Edo Central Senatorial Vice Chairman of the All Progressives Congress (APC) and leader of the Party in the district, Chief Francis Inegbeniki, has denied his involvement in an alleged Twenty Five Million Naira ( #25 Million) bribe meant to induced the National Organizing Secretary of the party to change result of party’s primary. 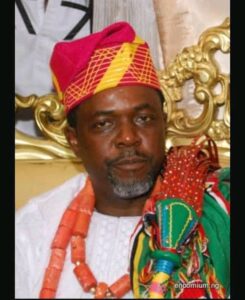 The story of the bribe scandal has gone viral on the social media mostly on the the Edo APC platform.

The alleged bribe is said to be for a change in the result of the last primary election of the party in Orhionmwon/Uhunmode federal constituency won by Billy Osawaru to Hon. Elizabeth Ativie by the National Organising Secretary of the party.

In a press statement issued and signed by the media aide to the Esan High Chief, Elias Inaede , Chief inegbeniki denied the allegation which he said is a lie from the pit of hell .

According to the statement, the story is the handi work by moles in the party and agents of the ruling party in the state, the People’s Democratic Party, PDP.

The statement urged the members of the State chapter of the party and the public to disregard the unsigned allegation whose aim is to cause crisis and disaffection in the party.

“Chief Inegbeniki urges the general public and APC Faithfuls across the State to disregard the purported allegation by some Political Jobbers whose only stock in trade is to cause crisis and disaffection among Party Members in order to attracts undeserved attention from constituted authority especially when in need of money.

The APC Edo Central Senatorial Leader said he would not have bothered to respond to the baseless allegation which is a figment of the imagination of the sponsors of the cock and bull article without identity in a bid to tarnish the hard earned reputation of the notable Politician built over the years.

“The reaction has become imperative for the purpose of clarity and to saved the gullible party members from being misinformed by agents of the ruling Party, the PDP.”

The statement further said that Chief Inegbeniki is a law abiding citizen, a loyal party member and called on APC members to be wary of political jobbers who always want to cause confusion to draw undeserved attention of party leaders and vowed to take legal action against the writer and sponsors of the defaming article.

“Chief Francis Inegbeniki is a law abiding Citizen who has absolute confidence in both the party and Nigeria Constitution and would not involve himself in anything that stands against the law.

The Edo Central Senatorial Vice Chairman urges the general public to disregard his alleged involvement of 25 Million Naira Bribe to the National Organizing Secretary to change the name of Mr. Billy Osawaru as the Winner of the House of Representatives Primary election in Orhionmwon/Uhunmwonde Federal Constituency to Rt. Hon. Elizabeth Ativie.

He called on Party Members and Leaders of the APC to be careful of those Political Jobbers who are hired to destroy the party.

The Party Leader reaffirms his commitment to the unity and progress of the Party in Edo Central and the State at large and vowed to take legal action against the writer of the article.