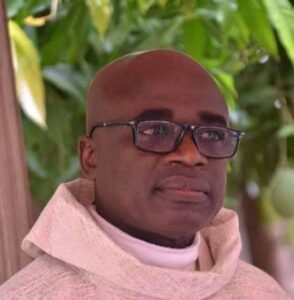 The National Chairman of
Youth Initiative For Peace and Development, Mr. Lawrence Terseer Kyuka has sent a message of congratulations to Rev Fr Hyacinth Alia on his outstanding victory as The Benue State Gubernatorial flag bearer of the All Progressive Congress (APC) for the 2023 general election. 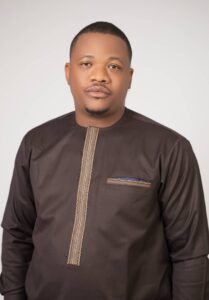 Comrade Kyuka in a statement issued to Newsmen in Abuja a while ago, described the victory of Fr Hyacinth Alia as a Victory for all and divinely initiated.

Kyuka noted that, when the history books are written, l will personally describe Fr Hycinth Alia as a pace-setter, history maker, limit breaker, lover of God, a coach, a mentor, a custodian of moral standard, a great theologian, a nation builder, a promoter of peace and love.

He expessed optimism that when elected, Fr Alia would be the best Governor Benue State had produced so far, adding that his courage, curiosity, sagacity, and vibrancy in driving others forward is highly amazing and exceptionally unique as he remains a God sent for the liberation of Benue people.

Lawrence finally wishes Rev. Fr Alia and the Presidential Flag Bearer of the party, H.E, Sen. Bola Ahmed Tinubu, a glorious Win in the general election come 2023 and pledge his full support towards their victory.