Aminu Isah, Frontline House of Representatives Candidate for Dekina/Bassa Federal Constituency has called for warring faction in Bassa LGA to allow for peace to reign. 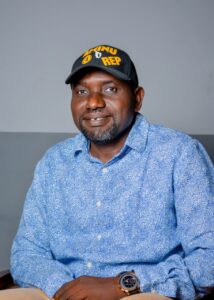 Aminu Isah, made the appeal following renewed outbreak of communal crisis in some communities in Bassa LGA.

The Frontline NNPP candidate called on security agencies to beef up security in the communities, expressed worry about loss of lives and destruction of properties.

While pointing out that no development can take place in an atmosphere of violence and rancour, he appealed to the warring faction to embrace peace and live in unity.

The NNPP candidate lamented that for a people who have lived peacefully over the years, described as regrettable the breakdown of law and order whichever would do one any good.

Aminu Isah described as unfortunate and reprehensive the killings arising from the communal clash in Bassa Local Government Area, called on relevant security agencies to rise to the occasion.

While he promised to do all within his capacity to ensure peace in Bassa LGA, he assured of support to cushion the negative consequences of the crisis.

The NNPP candidate consoled with those who have lost loved ones, the injured, and several others displaced, called for calm, love and peace to reign supreme in the area.