Enemona Josh Humanitarian Foundation has felicitated with the Paramount Rulers and Ohinoyi of Ebira land, His Royal Majesty Dr Ado Ibrahim on the 25th anniversary of his ascension to the throne of his forefathers. 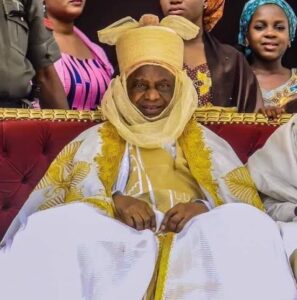 The felicitation was contained in a statement signed by the President of the foundation, Ambassador Gabriel Onoja which was made available to newsmen in Lokoja on Friday.

Onoja, a philanthropist par excellence, said the reign of the paramount ruler has brought enormous development, sustainable peace, and rising honour for the kingdom and Kogi state as a whole.

The foundation noted that the Ohinoyi of Ebira land has not only emerged as one of the most respected monarch in Kogi state and Nigeria, but by virtue of his qualities of justice, truthfulness, courage and love for the poor shown over the years on the throne.

While wishing His Royal Majesty a spirit filled, enterprising and peaceful reign on the throne, the foundation hope that Ohinoyi will continue with his acts of generosity, love and care for the less privileged.