… Describes victory as triumph of democracy. 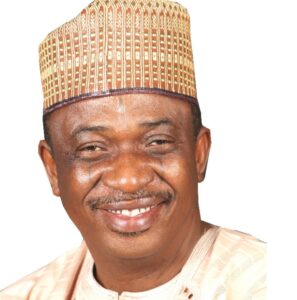 Asiwaju Ahmed Tinubu
defeated 12 other aspirants to emerge the APC candidate at the primary just concluded at the Eagle Square in Abuja Wednesday.

Prince Yahaya Audu described the victory as a triumph of democracy and the expression of the wishes of the Nigerian people, pointing out that his emergence did not come as a surprise knowing fully well that Asiwaju Ahmed Tinubu, has over the past decades in the nation’s politics, planted seeds that has grown into oak trees across the country.

Prince Yahaya Audu expressed the unflinching and unwavering support of the Late Prince Abubakar Audu political family to the emergence of the APC flagbearer promising that his victory is well deserved.

The Former Senatorial District Aspirant urged APC members across the country particularly in Kogi East to unite behind the APC candidate towards achieving an overwhelming victory at the 2023 general elections. This he explained would enable the government to continue to strive to secure communities, grow the economy and continue the fight against corruption.

Prince Yahaya Audu described APC as the party that can best deliver on the priorities of the Nigerian people, assured that the victory of Asiwaju Ahmed Tinubu in the February Presidential would mark a positive turning point for Nigerians.

Prince Yahaya Audu strongly believed that Asiwaju Bola Ahmed Tinubu’s Presidency will help safeguard and improve on the democratic achievements and legacies of President Mohammadu Buhari, pointing out that he is unarguably the right candidate for Nigeria’s aspiration.

While expressing optimism that Nigeria would achieve greatness and fulfil its destiny in Africa and the World under Asiwaju Ahmed Tinubu’s Presidency, Prince Yahaya Audu, expressed confidence that Nigeria has begun a match to greatness in all facet of it National life.

Prince Yahaya Audu also thanked the over 2,000 APC delegates for making the right decision leading to the emergence of our candidate, Asiwaju Bola Ahmed Tinubu, expressed optimism that Asiwaju Ahmed Tinubu would deliver on the priorities of the Nigerian people.

Prince Yahaya Audu wished Asiwaju Ahmed Tinubu a successful campaign ahead the general election, prayed God to grant him strength, good health and divine wisdom as he prepares to take over the mantle of leadership of our great country in 2023.