GYB Presidential Aspiration was in the interest of Youths, Women and People with Disabilities – Engr. Bashiru Gegu

Jun 9, 2022 GYB Presidential Aspiration was in the interest of Youths, Women and People with Disabilities - Engr. Bashiru Gegu

The Kogi State Commissioner for Solid Minerals Development, Engr. Bashir Gegu has described the Presidential aspiration of Gov. Yahaya Bello as one that was geared towards the youths, women and people with disabilities. 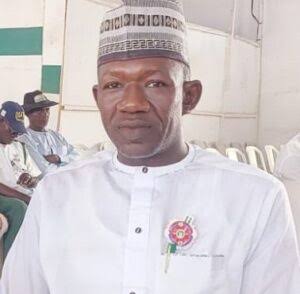 Engr. Bashiru made the disclosure aftermaths of the APC Presidential Primary, described the audacity of courage exhibited by Gov. Yahaya Bello as historic and uncommon.

According to the statement: ” GYB has done the unbelievable. So many thought he could be bought over but he has proven to the world that his doggedness and fearless nature against all odds was for the youths, women and people with disabilities.

” For those who didn’t believe in his presidential bid initially and did otherwise. They only made him more stronger and also a fast learning Governor who is good in strategy.

” For others who didn’t believe in his Presidential bid, you will be forced to believe in his leadership because the 19 months remaining as a Governor of kogi state will continue to make him a party leader and the state leader of repute.

” I want to use this medium to commend the majority of Kogi LGA delegates for their believe in GYB movement. Let me sincerely commend their respect him as a leader and boss and all other party loyalists , may Allah reward us all.

” The three delegates from Kogi LGA demonstrated their love and believe to GYB once again, we will continue to support our presidential flag bearer for all he has done.

” To Team Bash support groups, the Unstoppables, GYB Vanguard, GYB ladies, E-BAG and so many other groups who provided campaign materials and strong support we say thank you and God bless you all.

” My family and friends played a pivotal role in patient and prayers when we were on this journey. I respect you all.

” GYB is a household name in Nigeria. We thank you all for your wishes wether negative or positive”.

The Commissioner wished Gov. Bello well in his magnanimity, courage, assuring him that his selfless sacrifices for the youths, women and people with disabilities would forever be remembered.